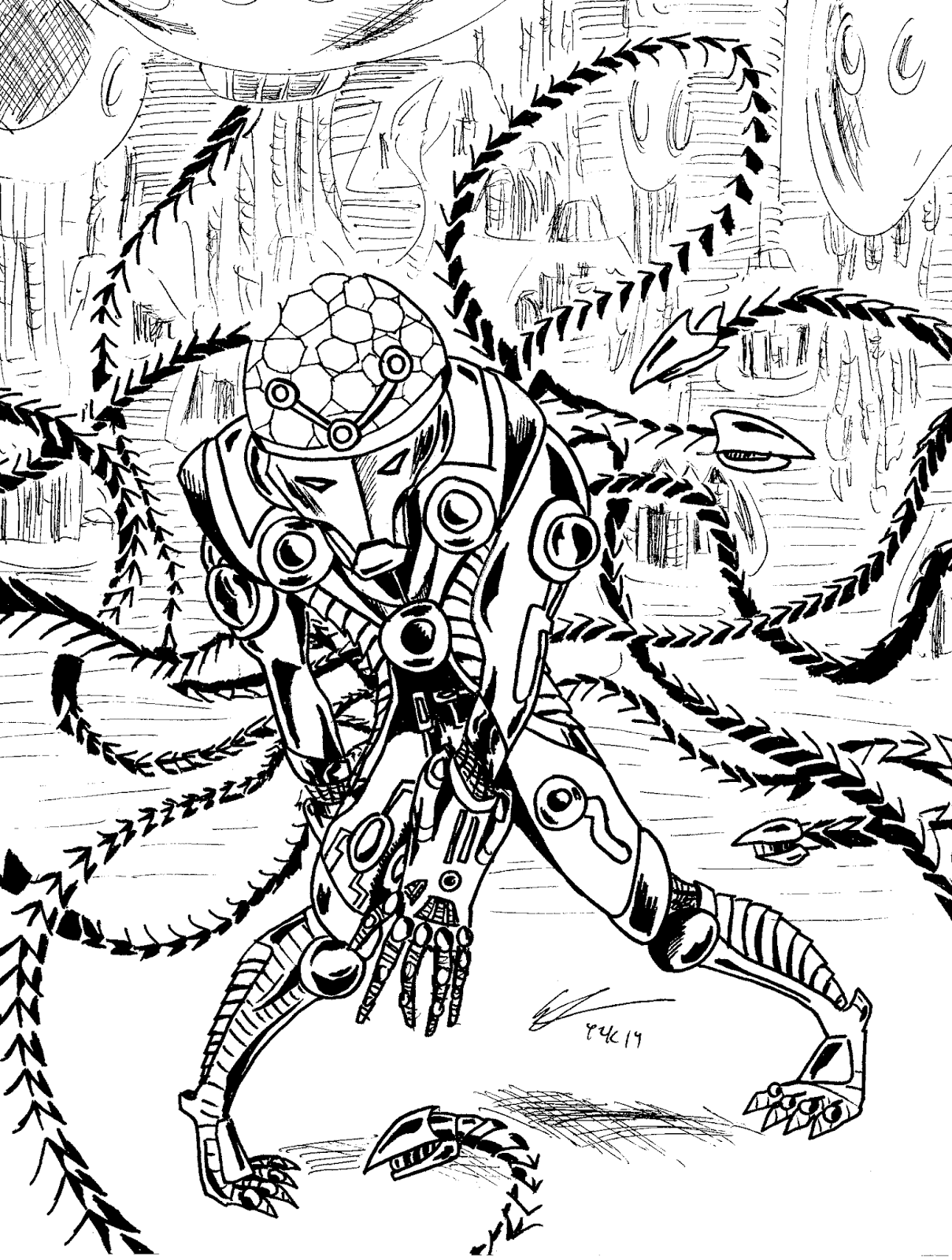 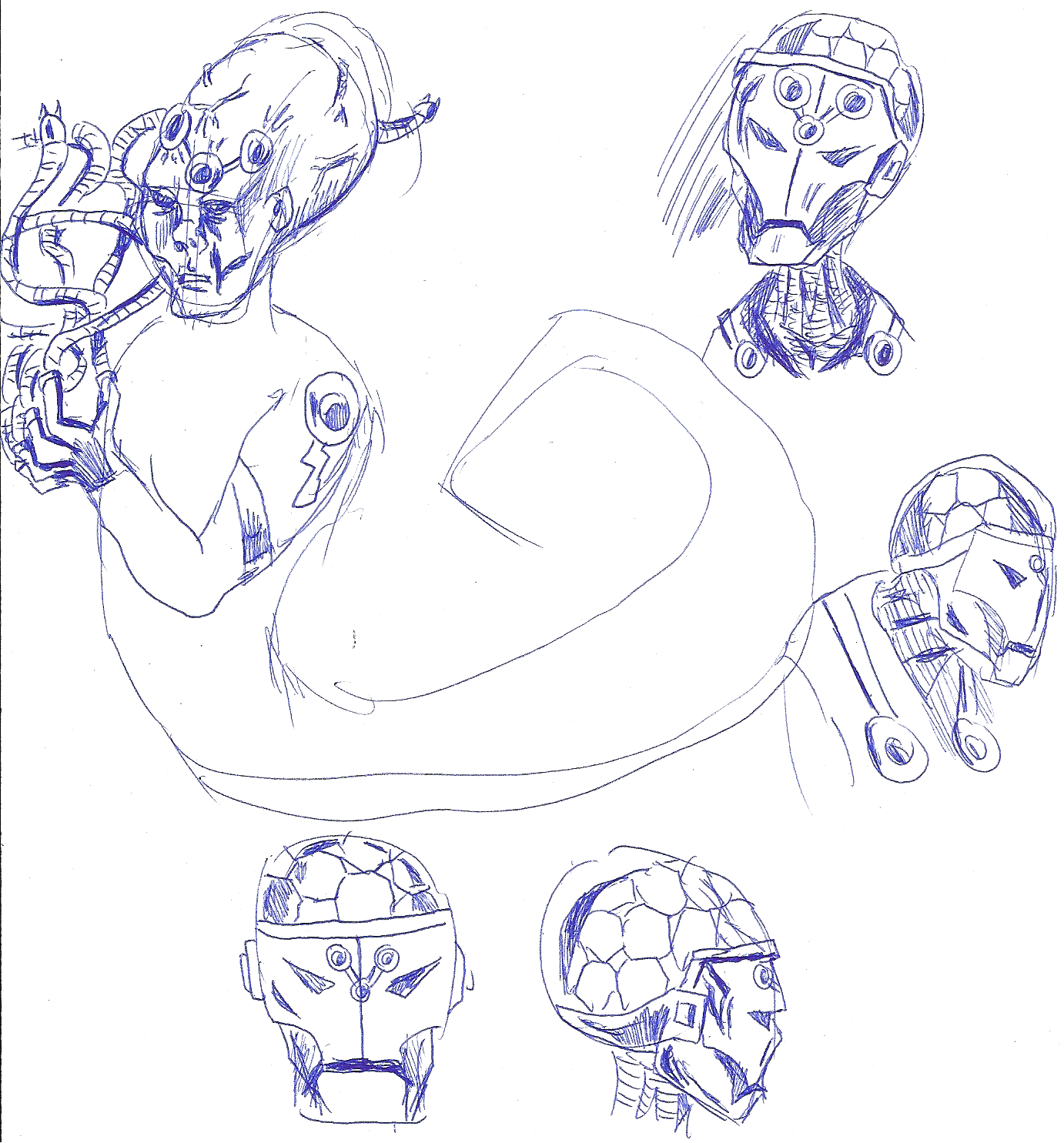 I mentioned before that I wanted to fully redesign Superman villain Brainiac from the top down.  I really went in a tried to make him look like a robot because I always thought that it was weird that he claims to be a robot but looks and acts like a humanoid character.

I based my design mostly on elements from his look in the eighties especially the hexagon patterns on his head.  As you can see from the here.

I tried to have some components mixed in there from other versions of Brainiac (who by the way, has a billion different versions).  The main theme I was going for was the three-circle motif.  In retrospect, I overdid it and drew too many of those three circles, making it look kind of redundant.

I drew Brainiac with a Papermate Flair medium size marker and a .01 mm art pen.