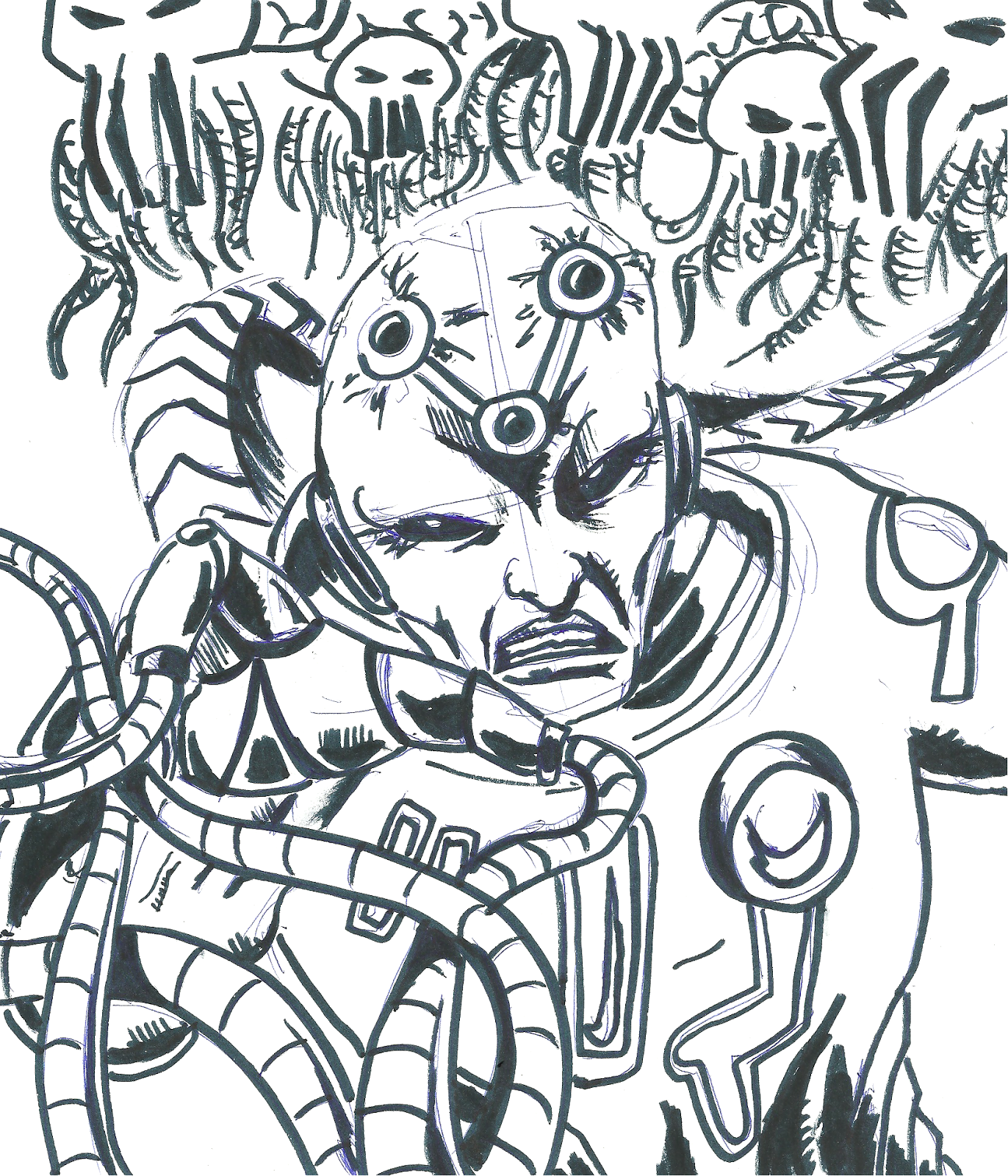 I did a quick sketch of Brainiac, probably my second favorite Superman villain (the first being Bizarro).

I never understood in the comics why he is called a computer brain/robot, but he clearly looks like a fleshy, green alien.  I do kinda like the cyborg aspect of Brainiac though, where he his an alien but also has obvious robot parts implanted onto him.

Since there are, like, a billion designs for Brainiac, I just made up my own design.  If you can't tell, that long thingee in the background is his serpent-like tail.  Also, Brainiac has a history of making giant ships with his robot face on it.  It's weird, but that is something that he does in almost every appearance.

Brainiac was drawn with a blue pen and then done over again in a black Crayola marker.  If it hasn't occurred to you yet, I work at a school.