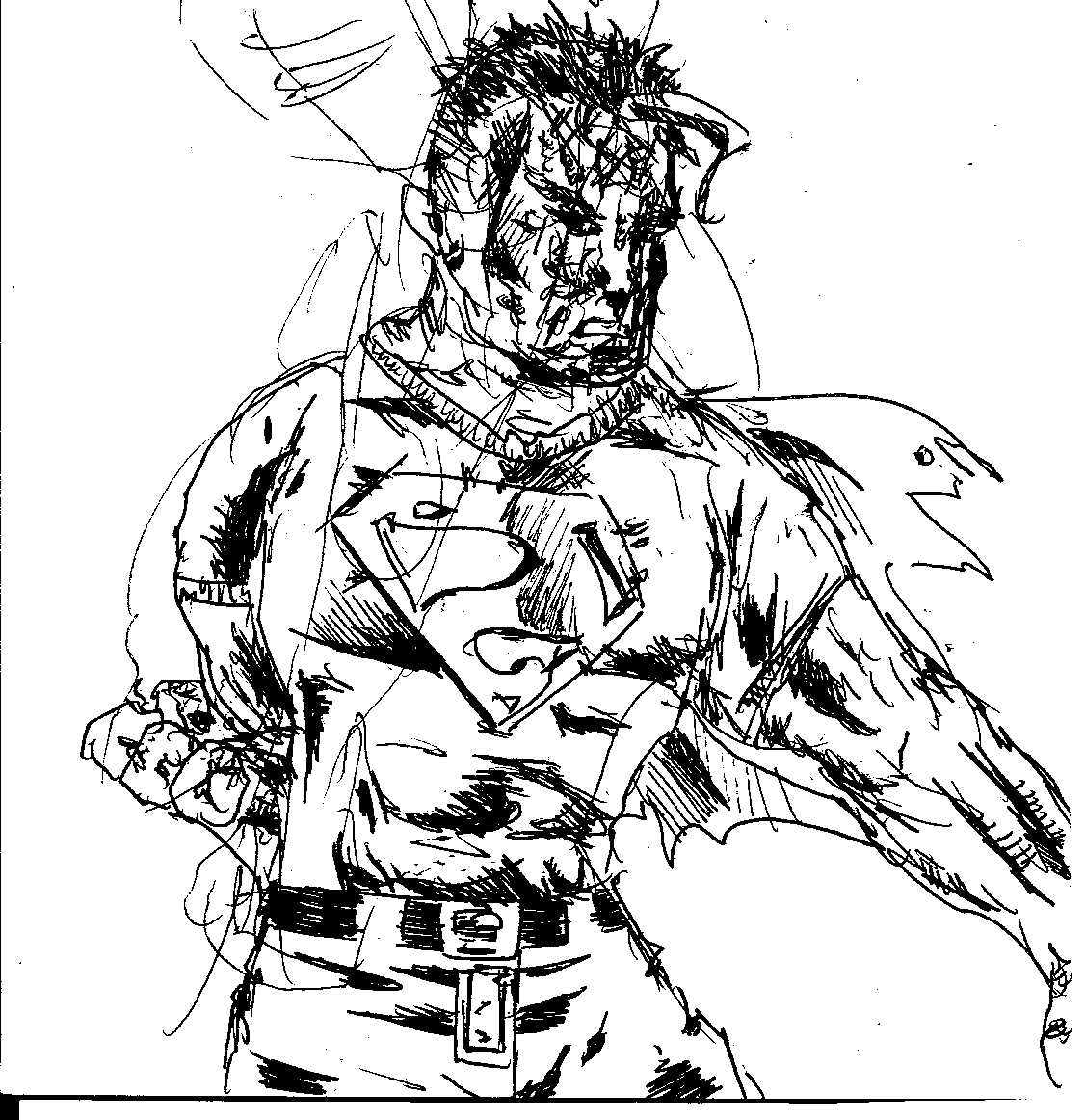 As I said in an earlier post, Bizarro is my favorite Superman villain.  I just love the idea of a villain so anti-Superman, that he even has his "S" reversed and talks in opposites all of the time.  So instead of "Goodbye" he'd say "Hello", "Up" means "Down" and so on and so forth.

It's pretty obvious that Bizarro is a rough sketch here, since you could see all of the lines.  I also chose to draw Bizarro's current New 52 incarnation where he wears a T shirt and stuff.  I drew this with a ball point pen when I was supposed to be paying attention to other stuff.