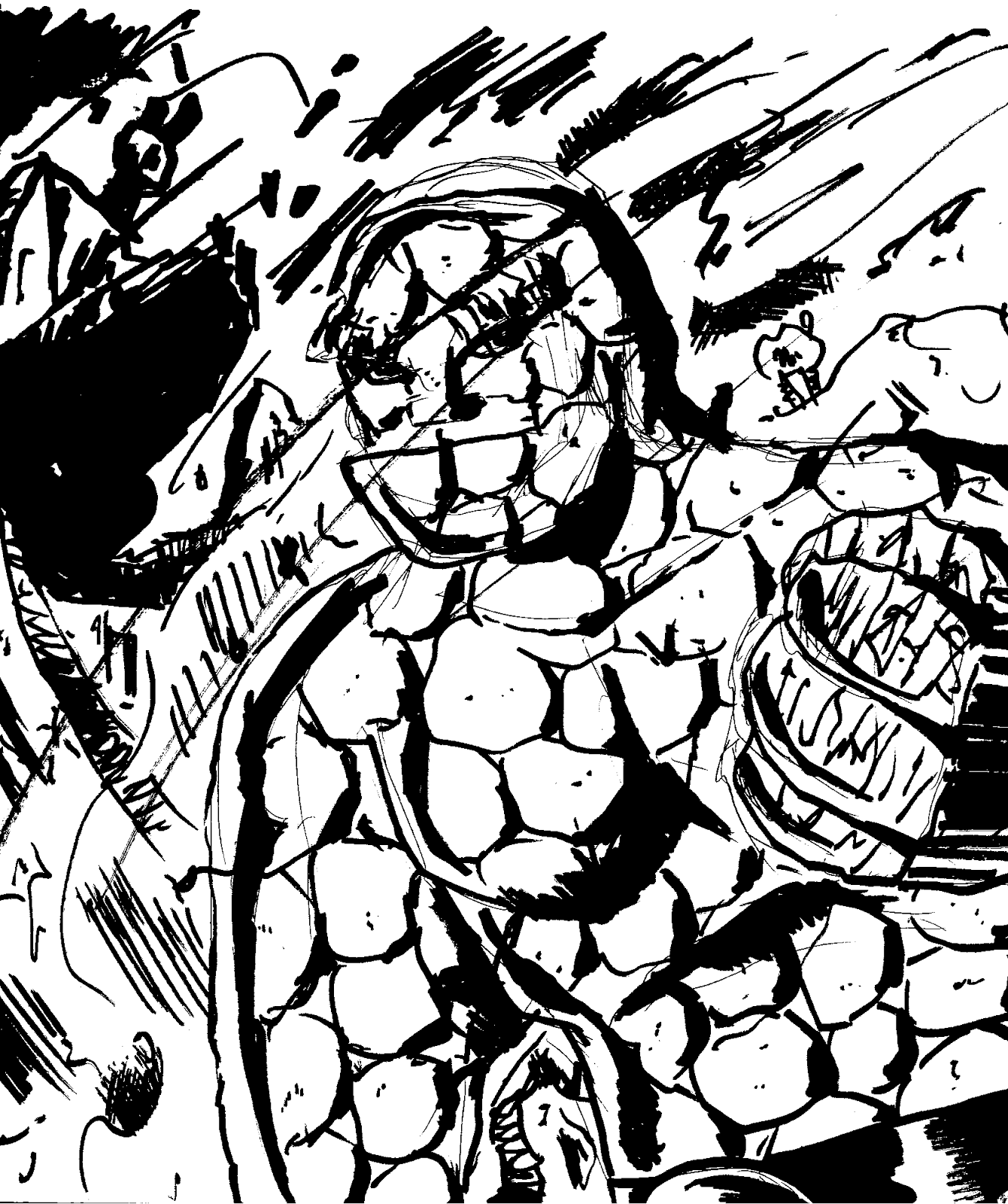 The other week, I spent my entire weekend devouring the entire run of Mark Waid and Mike Wieringo's Fantastic Four.  The Fantastic Four is one of those comics that I wished that I would love more, given the historical importance of it (it was Marvel's first superhero comic ever).  However, most creative teams never held my interest, until Waid and Wieringo came on board.

So, I have Fantastic Four on the brain right now.  I figured I needed to draw the Thing and get it out of my system.  Despite, my numerous promises saying that I will never draw the Thing again, I am slowly warming up to him artistically.  Also, there is a scene in Fantastic Four #502 made me a converted Thing fan.  Go ahead and do yourself a favor and try to find this comic.

The Thing is brought to you by thick Crayola black markers, ballpoint pens, and contributions from viewers like you!