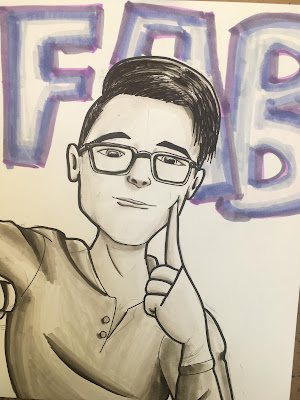 I am pretty sure I've mentioned before how I hate drawing caricatures of real life people. I am terrible at discerning the physical features of person and then translate that into a likeness. However, caricatures are one of my consistent requests.
Despite my dislike of drawing caricatures, I will go through step by step on how I drew a recent commission of one. 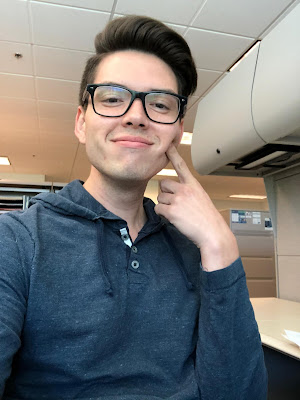 All right, here is the picture I have to work with. Pretty much the biggest thing I do here is take one of the most prominent features of a person and then exaggerate that for  cartoon sake. In this case, his hair was used and then elongated more. 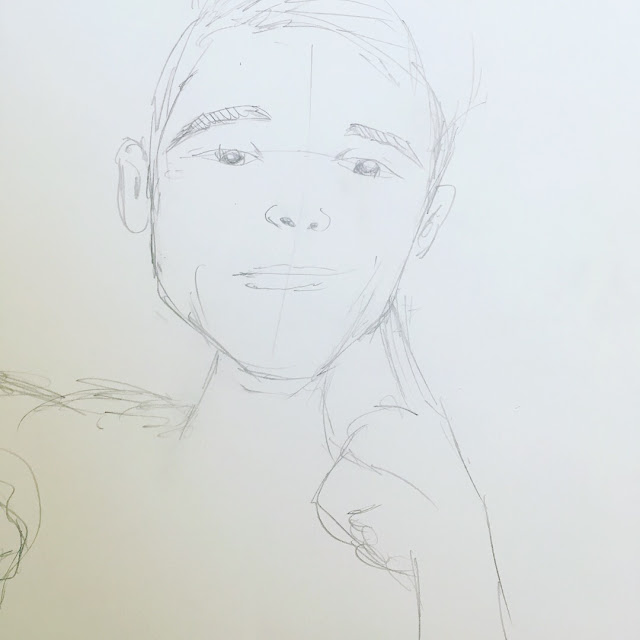 For me, the best way to draw a real life person is just to do a really brief sketch without overthinking it. My initial sketch tends to get the major features down adequately. Everything else is either secondary priority or minor tweakings. In this case, the most important things are his eye shape, hair, and mouth. 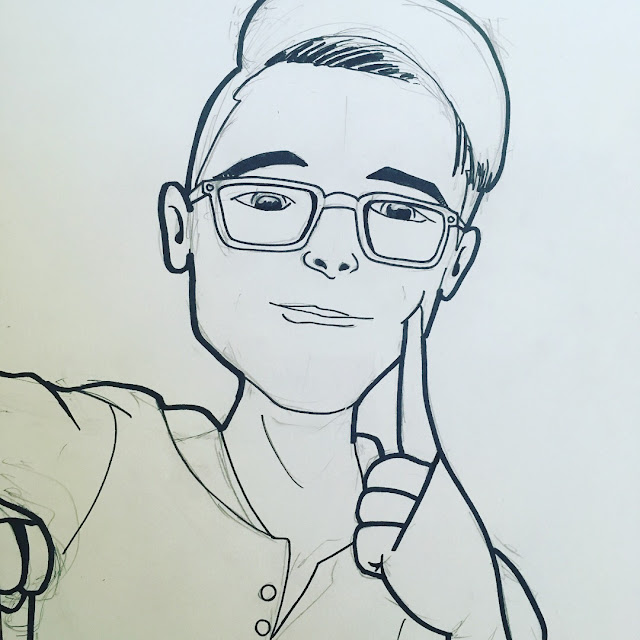 Okay, now I finalized all the details and then inked over it. I did a thin marker at first an then did his outline with a fatter Sharpie so it can pop out more. I took some liberties with the image too. Like, his hair is more swoop than in the real-life picture. I also avoid drawing facial lines because it ages people instantly. 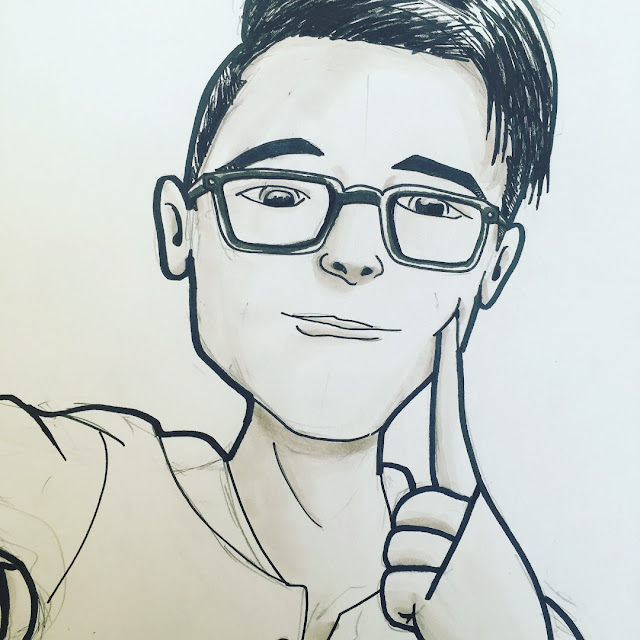 Now I went over it with a Copic Marker to give the shadowing and add depth to his face. Also, the hair is inked in. 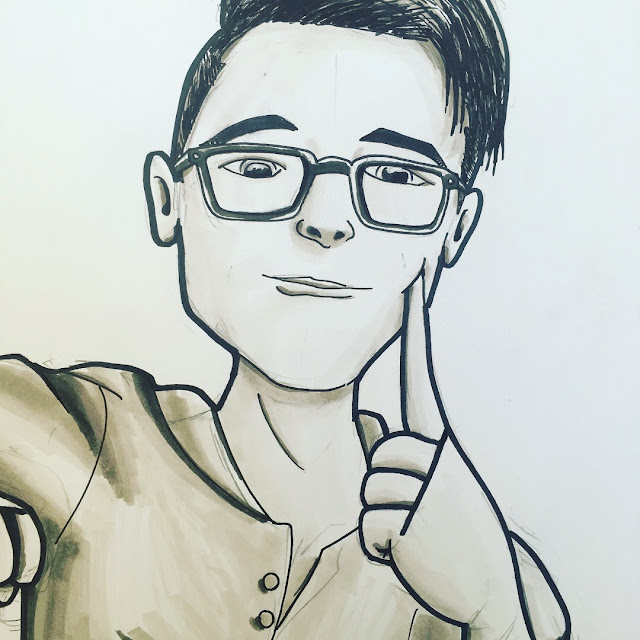 I drew another layer or so of Copic Marker on his face to deepen some of the shadows. It is important not to super overdo the Copic Markers. Work from the obvious deep shadows-like underneath the neck or underneath the hair- and then work out with lighter shades from there. For light skin tones, the key phrase is SUBTLE shadowing. 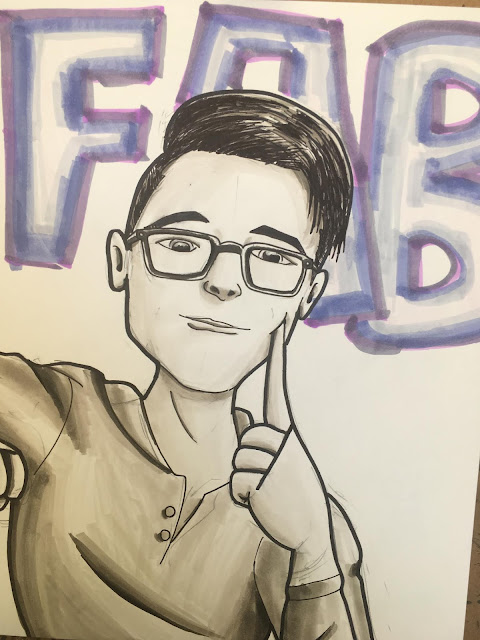 I added "Fab" behind him per request. This was a rush job as I had other appointments to go to, but this is more or less the final product. Note the difference of how the Copic Markers look in a regular photo versus a lighter Instagram filter on it (as seen from the above pics).
Labels: caricature commission step by step