When I am supposed to be working: Mister Freeze 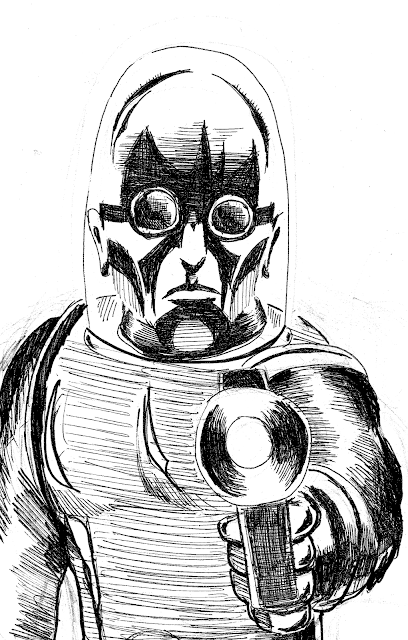 I have always liked Mr. Freeze ever since seeing him in Batman: The Animated Series 20 years ago. He always had a retro look, which is perfectly in line with the series' art deco-influenced designs. I also really liked the way his face is drawn in the comics where his face is up lit and you just see the deep shadows of his face. It makes it look cool to see how his armor creates this very stark light that whites out a lot of his face.

That is the effect that I was going for here. Of course, since this was a pen sketch, you still see my lines a little bit. One nagging thing about this picture is that Mr. Freeze's head is a might too big for his body, but it is not super noticeable.