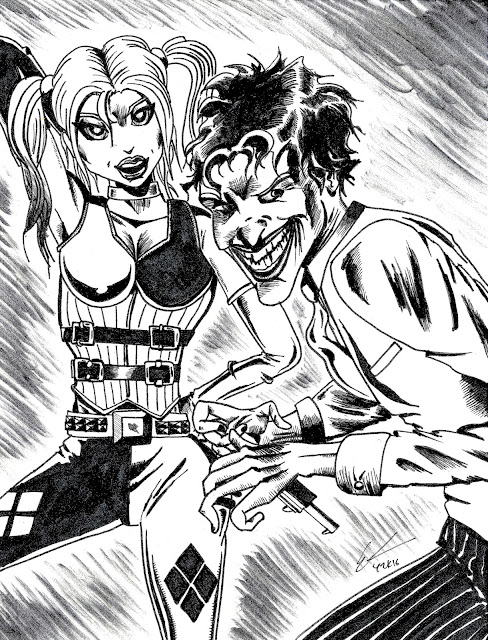 Yes yes, I did watch Suicide Squad a few weeks ago. And yes, yes, this picture is a direct inspiration of that movie. So what did I think of the movie itself? Eeeeehhhhh..... It was not that great.

Why is that? It was pretty incomprehensible as a movie. People make logical leaps or act super stupid. The most ridiculous part is that the trailers hype the Joker to be a huge part of the movie, but then it turns out.... spoiler alert! He is barely in the movie and actually does not impact the movie's plot at all!!

As a fan, my biggest problem with the movie was portraying the Joker and Harley Quinn as this star-crossed couple who are in love. But really, the Joker was an abusive narcissistic boyfriend who treats Harley as nothing more than an object to be used. It really is kinda gross how they just gloss that over. There is an article on Dark Knight News that really addresses the issue articulately.