When I am supposed to be working: St. Walker Pencilled 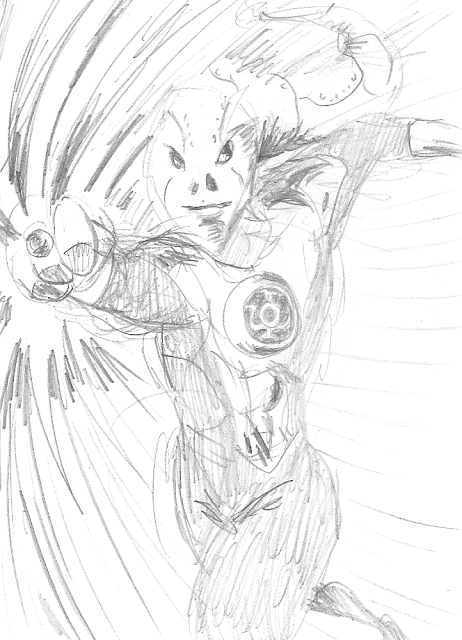 St. Walker, for people who may not know or remember, is a member of the Blue Lantern Corps in the Green Lantern comic. Though from what I have heard, the Blue Lantern corp may be destroyed now?? In any case, that does not stop my enthusiasm of the Geoff Johns run on the Green Lantern comics. Those were some of the most exciting, universe-building comics I have ever read. I appreciated St. Walker as the one steady figure who never seems to waver much from having faith when everything has gone to hell.

This was a quickie drawing that I did in church. I was not even 100% accurate with his costume design. Random topic: as important as it is to show lines radiating off of an object (like his ring in the picture), it is important to show the lines have varying levels of lightness to them and thickness. The more varied the lines look, the more dynamic and powerful it appears in the image. That is the reason why I always draw heavy lines when it is close to the radiating object. Also throw in some random thick lines in the middle of the lighter lines too to get that pulsating effect.