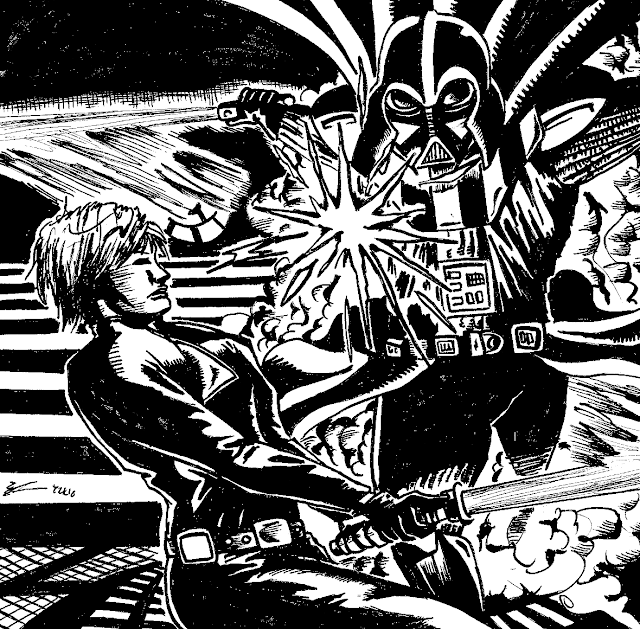 It's May 4th! Happy Star Wars Day! Here is another example of me trying to let the blacks take over the picture in order to control the negative space of the composition. This time, I blacked out almost all of the background, mostly because it is appropriate to imply that the room is dark, but also because it allows the characters of Luke and Darth Vader pop off the picture a little more. However, in an effort to make Vader not blend into the background of the picture, he is coming out of a plum of smoke. Also, the smoke looks cool for dramatic effect.

No joke, I had a very deep and very serious thought process of where the fight scene is actually set. I initially conceived it to be in the Emperor's throne room of the Death Star from Return of the Jedi. But since I added some, I drew the floor grating like the carbonite chambers from The Empire Strikes Back. The whole scene is a is a mash-up of two different scenes that makes no sense in the continuity of the movies. It is best not to overly-think about where this scene is really suppose to fit in the grand scheme of the movies.

I also added the pencil version of the picture to give you  a good glimpse of how the inks really change the atmosphere of the picture. It makes a world of a difference. The other thing to note is that my pencils are usually super loose. I trust in the inking process of drawing. In fact, you can look at the figure of Luke and see that his figure is pretty rough compared to the inked version. 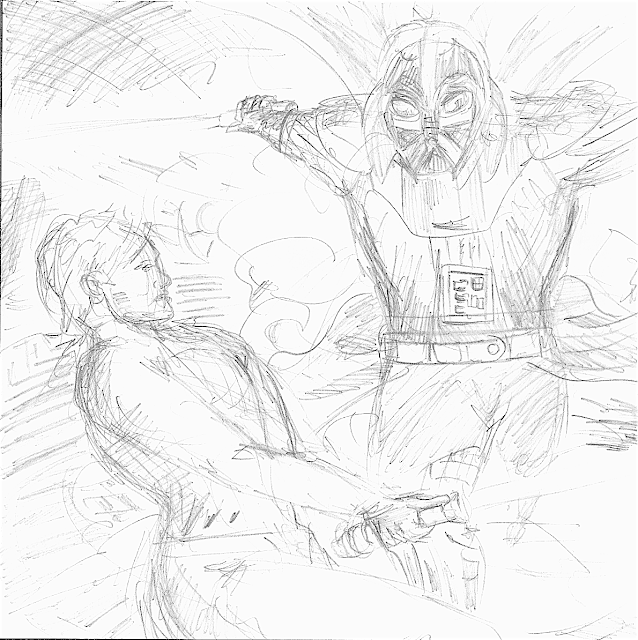