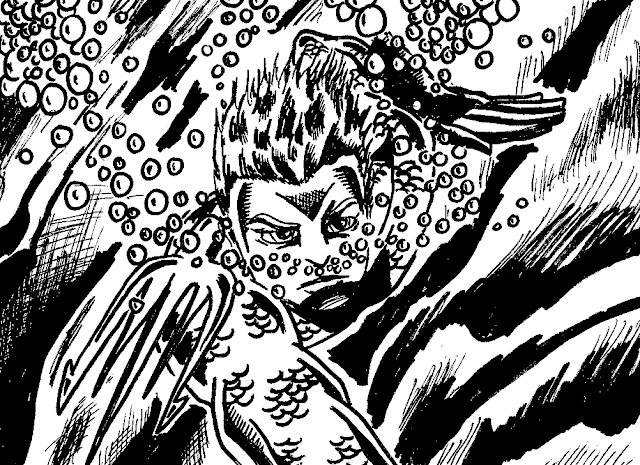 In the previous post, I said that the wave shadows look better with a gradient, but I also said that crosshatching is not as good looking for something as fluid as water. However, I did crosshatching more or less. Well, I drew fine lines to with varying the thickness of lines with the water waves. It also helps that I used more brush strokes from a Copic marker which makes the underwater waves fluid.