When I am supposed to be working: The Question 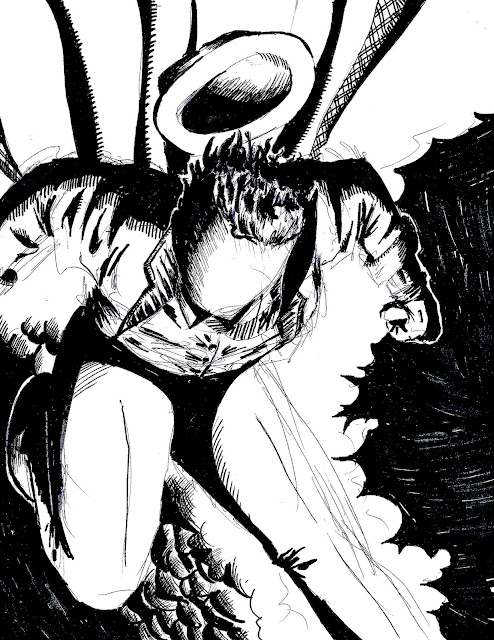 One of my favorite non-popular comic book characters is the Question. Created by Steve Ditko, who is famous for co-creating Spider-Man. The Question is definitely an idiosyncratic character who is not for everybody. In the beginning of his creation, he is heavily influenced by Ditko's heavy right-wing like politics.

In any case, I personally love drawing the Question because he is influenced by that noir atmosphere where he lends well to this heavy black and white ink approach. I did the figure of the Question with pen first, which I wish that I could have erased those extra lines.