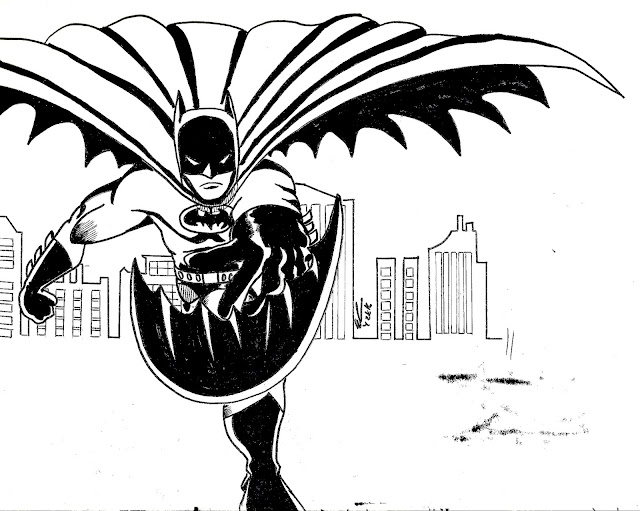 Here is an alternative Batman earring card I drew, but ultimately went unused. I based this design of Batman on the Batman The Animated Series version. Hence the bigger shades of  black on the gloves and especially on his mask.

There is nothing terribly exciting about the picture. It is a well-drawn one, but I tried to keep the details down to a minimal when I thought that shrinking the image down on an earring card size would make it look to congested.