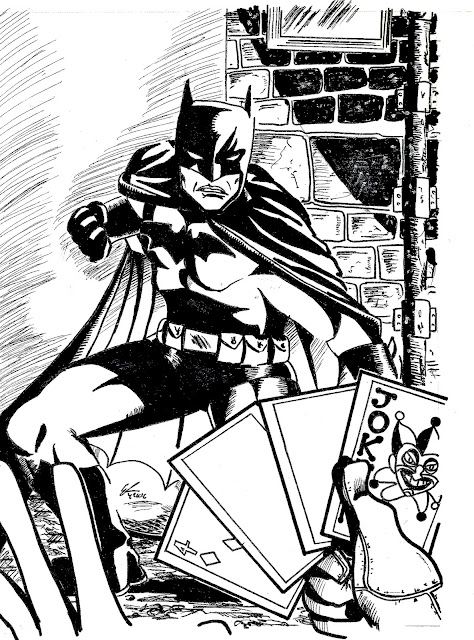 This Batman picture became a basis for an art card that I sold earrings on at Long Beach Comic Expo. The image is so great because it looks like there is a story behind it. Like, why is Batman in the alley? How did the Joker get there too? And what is the Joker going to do next to Batman to make him brace for a big thing?

On a technical level, I really enjoyed the fact that it looks so immersive. The alleyway, the details on the bricks, the smoke behind Batman. It all looks awesome. Also, the way I drew Batman is part of how I am trying to limit the amount of lines I use on a figure and make the shadows fill in the details. It particularly useful for Batman, since he is all shadows a lot of times. 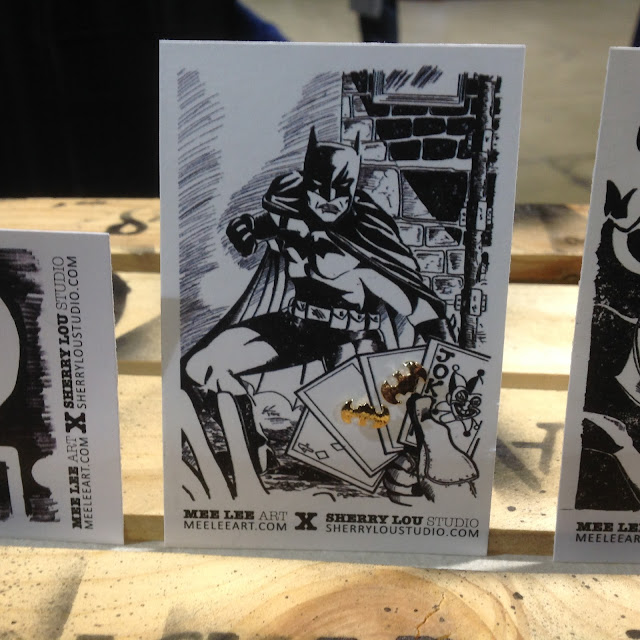