When I am supposed to be working: Gambit 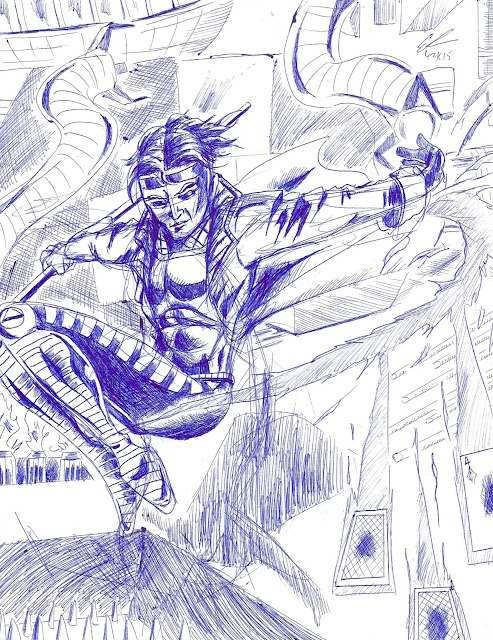 Here we all are, at another edition of "When I am supposed to be working" or also known as: "I hope my bosses don't see this post".  I realize that Gambit is an X-Men member who is very divisive. People either hate him or love him.  I am personally indifferent to him.  I mean his powers of blowing stuff up by touching it, his trench coat, and name all scream 90's era comics, but whatever.  He has never been offensive to me.  Except for maybe his accent, which is difficult to read in a comic.

On a technical artistic level, my favorite male body type to draw is the lithe, muscular type, like the what Spider-Man, Nightwing, and (or course) Gambit possess.  It is nice to draw a skinnier, more realistic proportion without sacrificing the cool, over the top superhero physique.

The only qualm I have with this drawing is that the shadow underneath Gambit looks really weird.  I think the placement is not in-line with wherever the light source is.