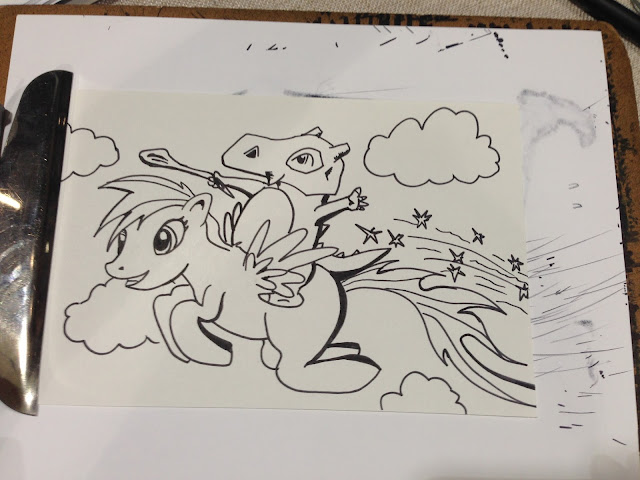 While I am not a fan of My Little Pony: Friendship is Magic show, I never seem to escape a convention without at least one request for it. This is a mash-up of Rainbow Dash and Cubone from Pokemon (a.k.a. the coolest designed Pokemon).

I originally thought of making the drawing like the Nyan Cat with a  rainbow streak behind him, but I decided that it would too difficult.  I did end up with a  drawing that is still hilarious to look at.  My only gripe about it is that I misdrew Cubone's bone stick.  It looks like that it is half-broken or a boomerang or something. If I had to redo it, that is the one thing I would want changed.  Otherwise, the pose that Cubone is in is hilarious looking, like he is ready to charge into battle with Rainbow Dash as his steed.