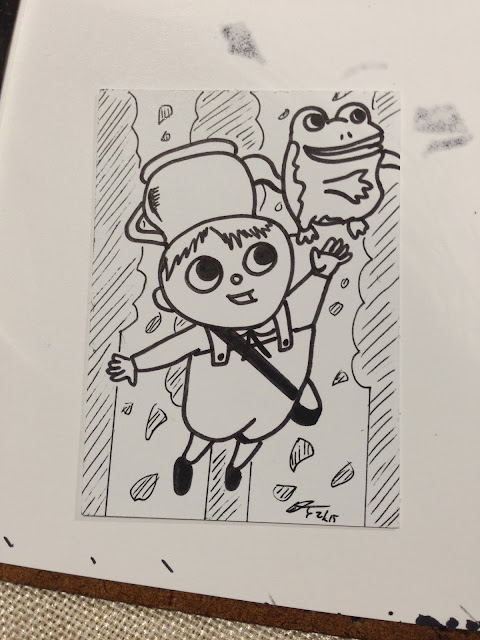 Confession time: despite this drawing, I don't know who Greg from the show Over the Garden Wall is. I see him and cosplay of him all of the time at comic conventions, but I have no concept of who he is or what the show is about.

Still, drawing him was super easy since he has such a simple design.  And who doesn't love that kid's face? Or a kid with a pot on his head? Or the random fact that he has a frog. The weakest part of the picture is the frog's lips.  I mucked up a little and made the lips jagged when I meant for it to be one smooth line.  For my final touch, I drew outlines of some trees and leaves in the background. Once again, I don't know if that fits with the character of Greg or the tone of the show, but it looked like it might according to the pictures that I Googled for reference.  Anybody want to vouch for me on whether I was spot-on or off-track? Anybody?