When I am supposed to be working...Ms. Marvel 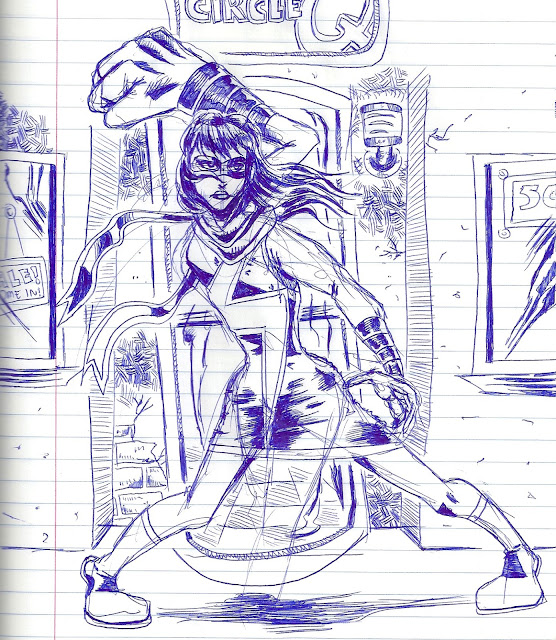 Ms. Marvel is probably one of the most popular new characters that Marvel has released in the past five years.  I think the key to her popularity is the fact that Marvel treats her like a normal, fan-girl 16 year old teen and not some sex bomb.  I mean compare a Ms. Marvel comic to-for example- a Supergirl comic.  Super girl comes off as incredibly sexy and you forget the fact that she is only a teenager.  Ms. Marvel on the other hand feels like a fresh breath of air.

I am sure you can tell, but my Ms. Marvel figure originally had a running pose rather than her standing pose (you can still see the sketch lines of her legs running).  I changed her pose to look slightly more awkward because I: a) wanted to give her more of the gawky teenage character to it and b) prove that I am not trying to hide drawing feet in a picture.  I liked the pose and the shadowing that went into her costume.  One thing I wished I could change is her eyes.  They look too heavy-lidded and not enough of that wide-eyed look.  it doesn't match her personality, in my opinion.  I am also pleased with my background.  The  only real complaint is that I realized that the Circle Q (a frequent locale in Ms. Marvel's comic) has the incorrect logo. D'oh!