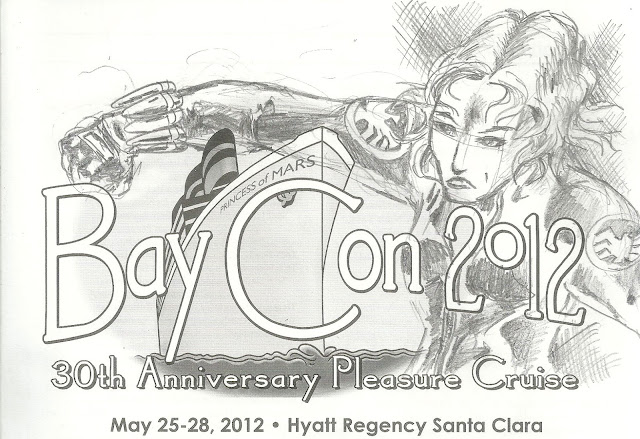 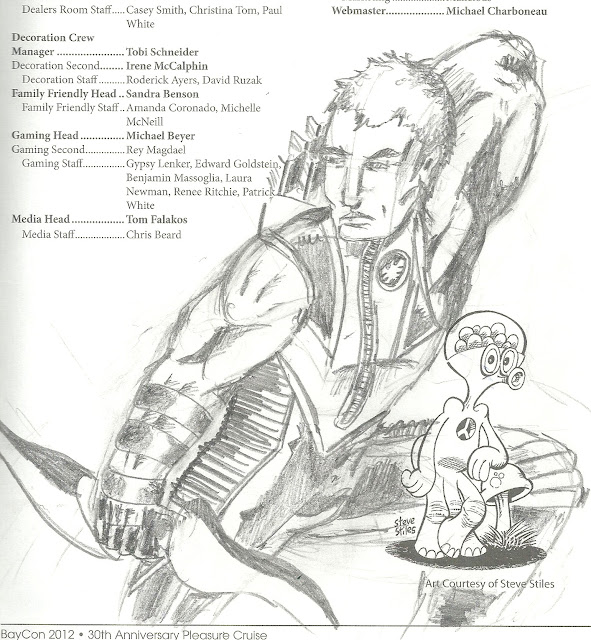 Back in 2012, I did some volunteer work for Santa Clara's Sci-Fi convention Bay Con.  During my volunteer duties, I seemed to have found time to draw all over the convention program book.  I recently found my copy of the program and decided to put it up on the blog as a reminder of how I can be a good artist and also a poor one.

I liked the Black Widow picture (above) a lot because she looks very dynamic despite being constrained by the program's graphics. It was also one of the few times that I used a pencil to draw and the gradation looked pretty decent.

On the other hand, it is very hard to look at my old Hawkeye drawing.  What is happening to his short arms? Or his truncated torso, or his meaty wrists, or his weird chest? there are a lot of anatomy problems with the picture. I really can't stand looking at the picture very long without slapping myself in the face and saying, "Wrong, wrong, WRONG!" Let's just chalk it up to a learning exercise in how to better draw the human figure.