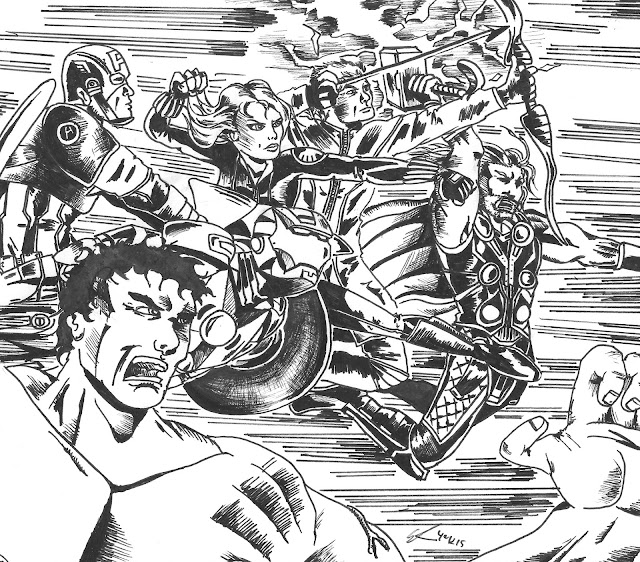 I drew this picture a while back, but totally didn't realize that I have not featured it on this blog. I was inspired by that one scene in the beginning of Avengers: Age of Ultron where they all jumped into battle in slow motion.  It was a really cool image that stuck with me.  Incidentally, the biggest flaw of the picture was that I did not do enough of a job separating the different figures apart.  So Iron Man looks sort of like a  part of Captain America's bike and so on. It is not as clean of a picture as I would have liked.

Still, it is a really cool image and the speed lines I added really make the whole thing look dynamic.  Here is a screenshot of the scene from the movie for comparison.