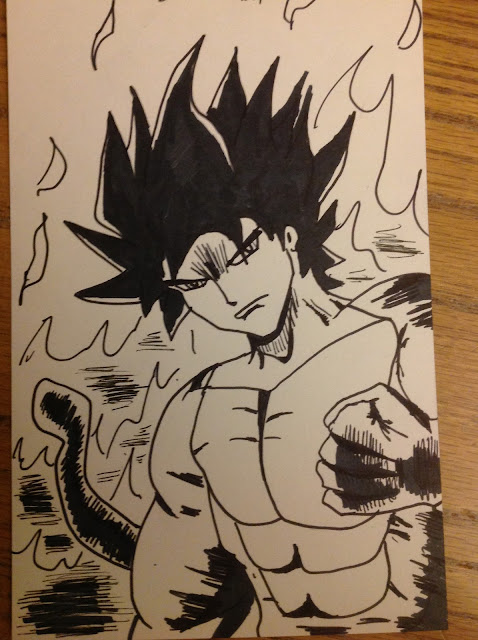 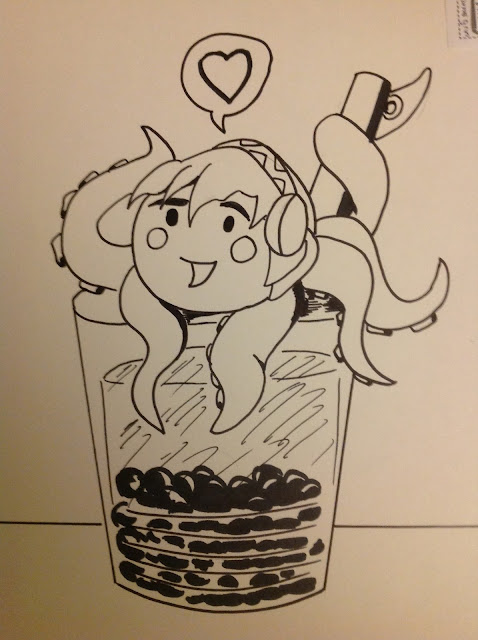 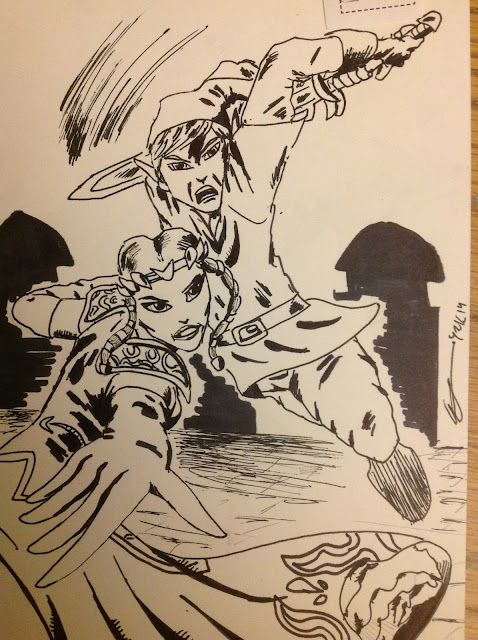 I was going through old pictures of old commissions that I did for Kraken Con and decided to post them because there is so much good stuff that I have never shown. From the top: Super Saiyan Goku, an octopus character who's name I don't recall on a boba drink, and Link and Zelda.

Super Saiyan Goku is the easiest character to draw.  He is all super muscly and anime, so he is really easy to draw for me. The octopus was easy too since it is more cartoony than an average drawing. Link and Zelda was another thing though.  I like drawing Link, but I kinda hate the way he is posed.  Like, I drew it and I don't even know what his arms are doing or how he is holding his sword.  I am also not a fan of how I drew Zelda. I think her right arm is weird and awkward and there is something about her face that I don't quite like.