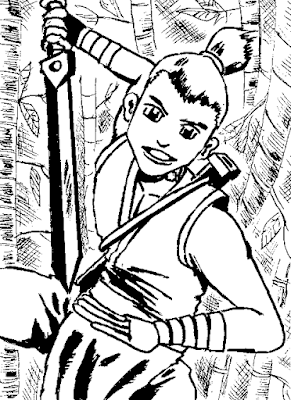 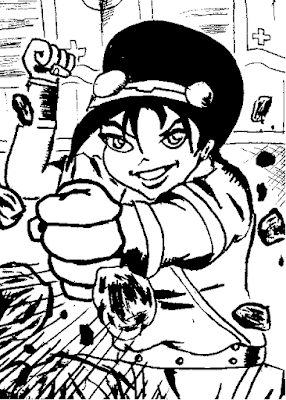 What is that? Did you look at the title and think that this post was about Toph and Sokka from Avatar: The Last Airbender being in a picture as a couple?  Well you guessed wrong! If you want that kind of thing, then I suggest you go search for in on Tumblr!!

These are more art cards that I drew recently. Sokka being at the top and Toph being at the bottom.  Of the characters from Avatar, Toph is my favorite because of what a tomboy, unrefined attitude she has.  Also, she is blind and has a unique radar sense to "see"!  Like Daredevil!

Art-wise, the Toph card features some nice speed effects with the rocks in the foreground.  However, for both Sokka and Toph's card, the background has a bit to desire. I thought I was being clever using a .10 cm pen to make a faint background, but it just looks like an afterthought instead.