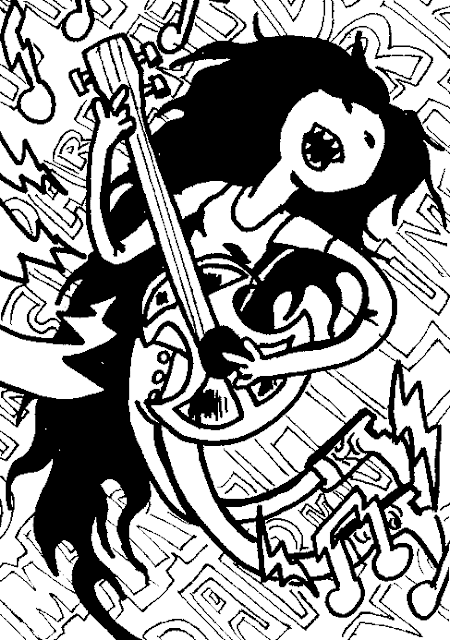 I was originally going to feature the Marceline card with some other post with other cards, but I just liked this one so much that I wanted to feature it by itself in full detail.

First off, the pose is super bendy but fun-looking too.  Also, the music notes and electric lines radiating off of her guitar make the picture look more frantic.  And the final capper is the song lyrics in the background.  You cannot read it but it basically says, "Marceline" and "Darkness, no parents!!",  The "darkness" line is from the Lego Movie where Batman writes his own music.  I found it to be appropriate for Marceline to sing about too.