When I am supposed to be working...32 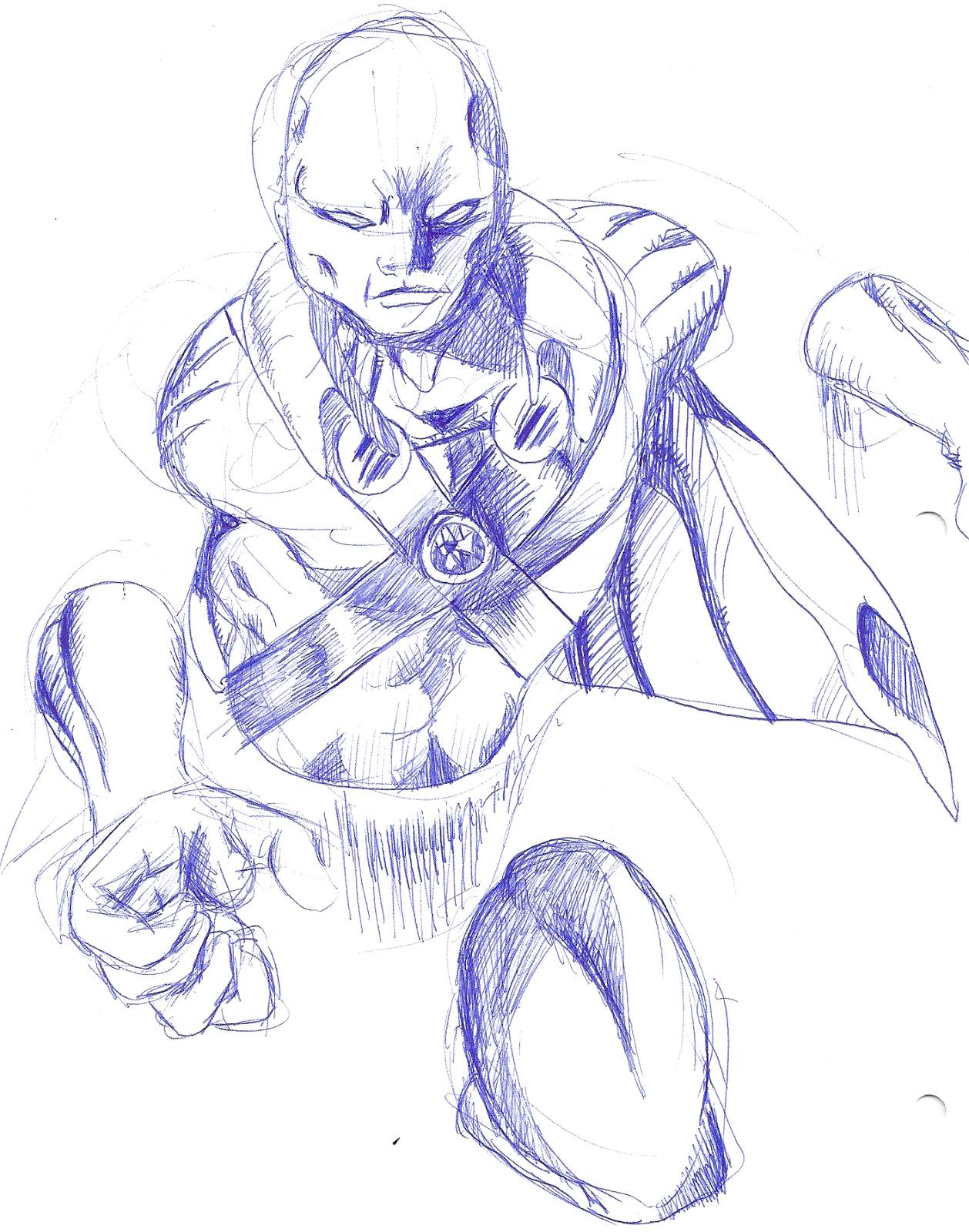 So if you don't understand why I drew only part of his body, one of his powers is intangibility, so the picture is supposed to be of him phasing through a wall.  That presents an interesting challenge to depict because I had to be more aware of the muscle bulges on his arms and legs and making sure it makes sense when he is phasing.

The other issue was trying to figure out where the cape should go.  Like, how do you show it getting phased through a wall while part of his arm is both in front and behind the cape?  It is hard logistically.