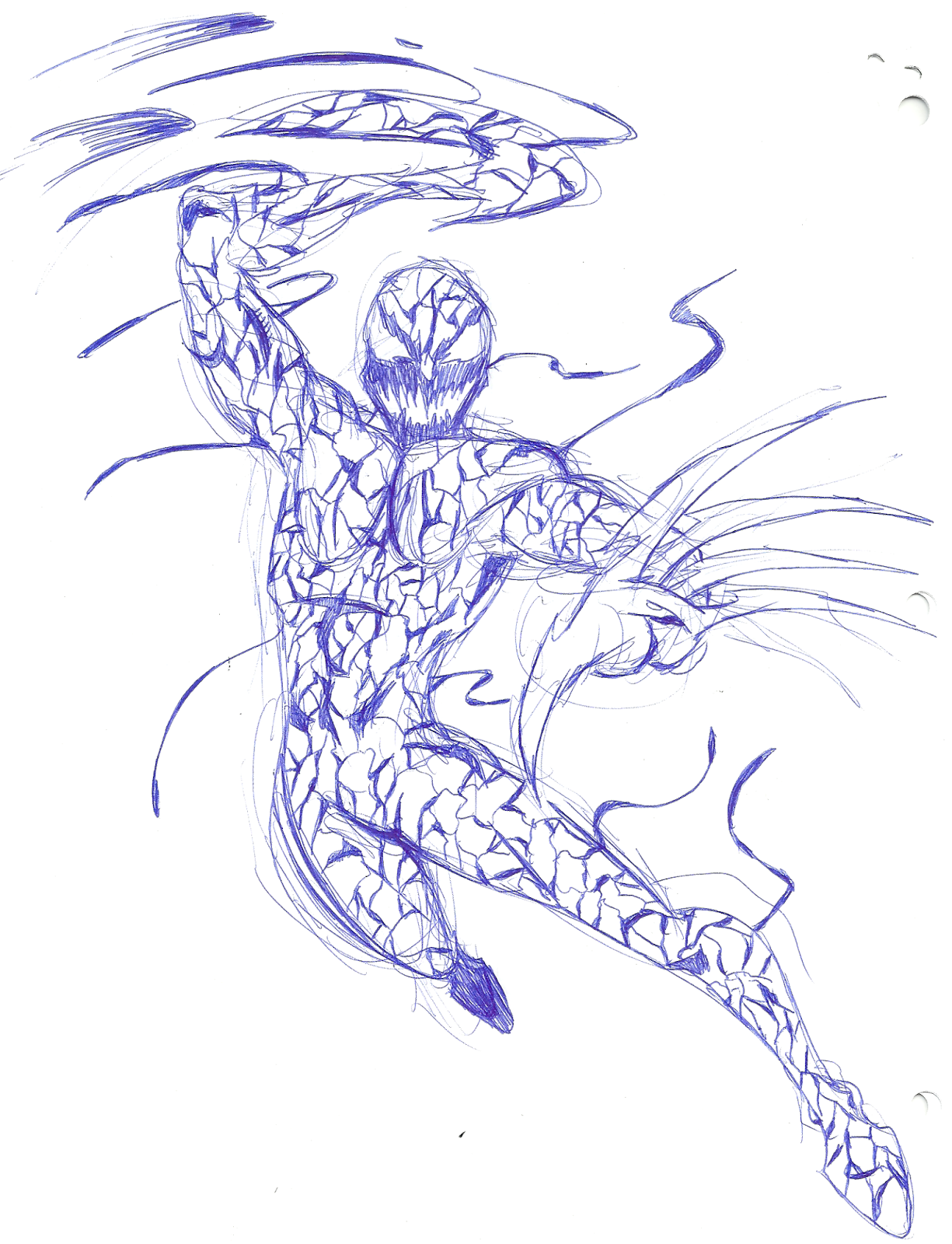 What the!?  Two Carnage sketches within a week from each other!?  How did that happen?  Well, as I said previously, I sorta have Carnage on the brain.  Recently, they released Carnage: Axis comic that is supposed to be Carnage trying to be a good guy....with hilarious, bloody results.

One thing that I do like drawing Carnage is that his physique is a muscular, but lithe figure.  He is strong, but not bulky.  I always thought that was fun to draw.