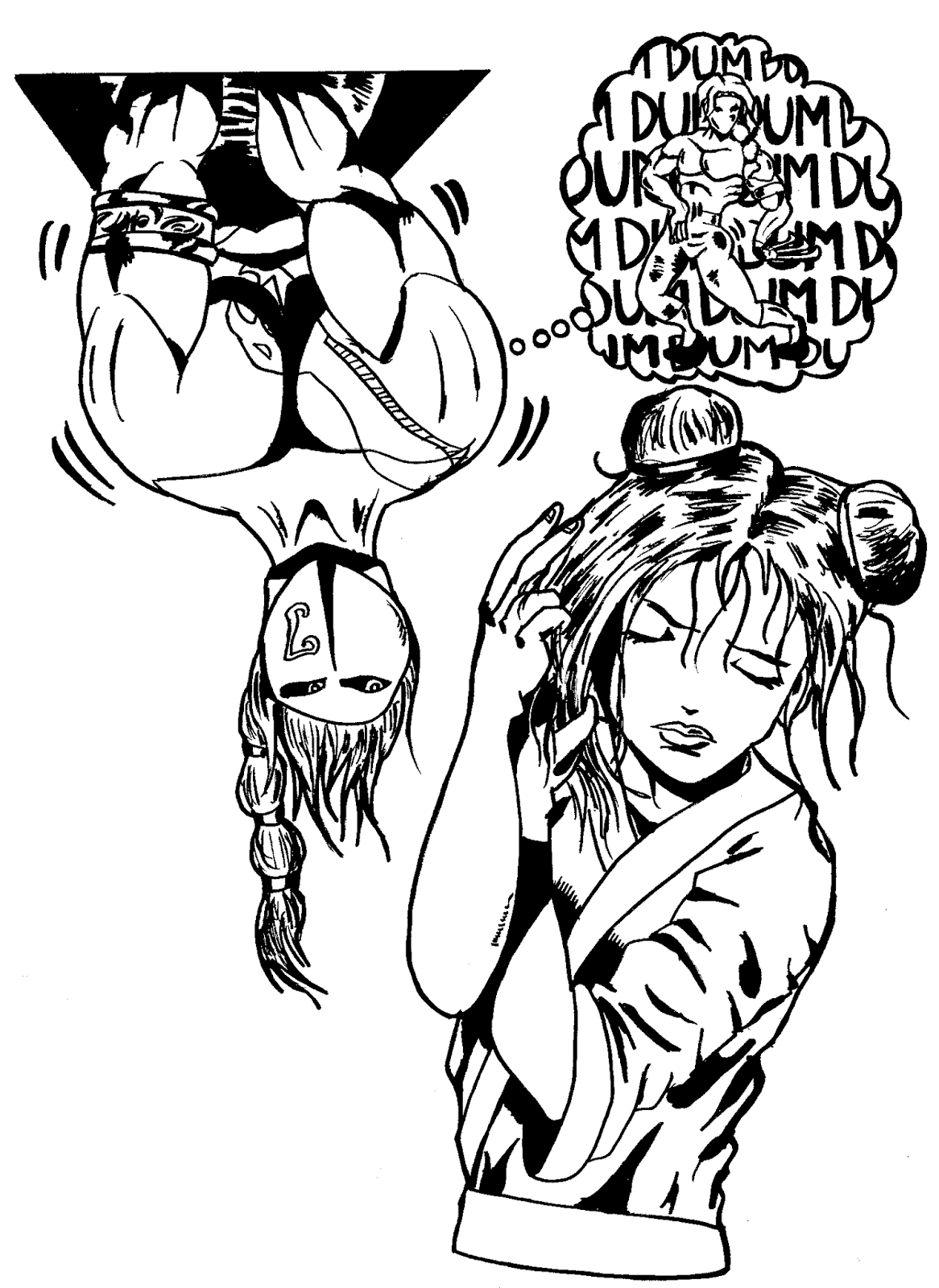 Here is a recent art commission done for somebody's Christmas gift.  The guy the with the crazy eyes and hanging upside down from the ceiling is Vega, one of the bad guys from the video game Street Fighter.  The girl is Chun-Li, who is near impossible to tell since she does not have her costume on.

There is a lot going one in this picture and I cannot say that I totally understand it all. This is an inside joke that is probably a little too complicated to explain (like I said, I barely understand it).  Incidentally, Chun-Li is in a bathrobe because it is based on a scene were she and Vega battle in the movie Street Fighter: Alpha. Here is the link to the scene, which is NSFW.