When I am supposed to be working...23 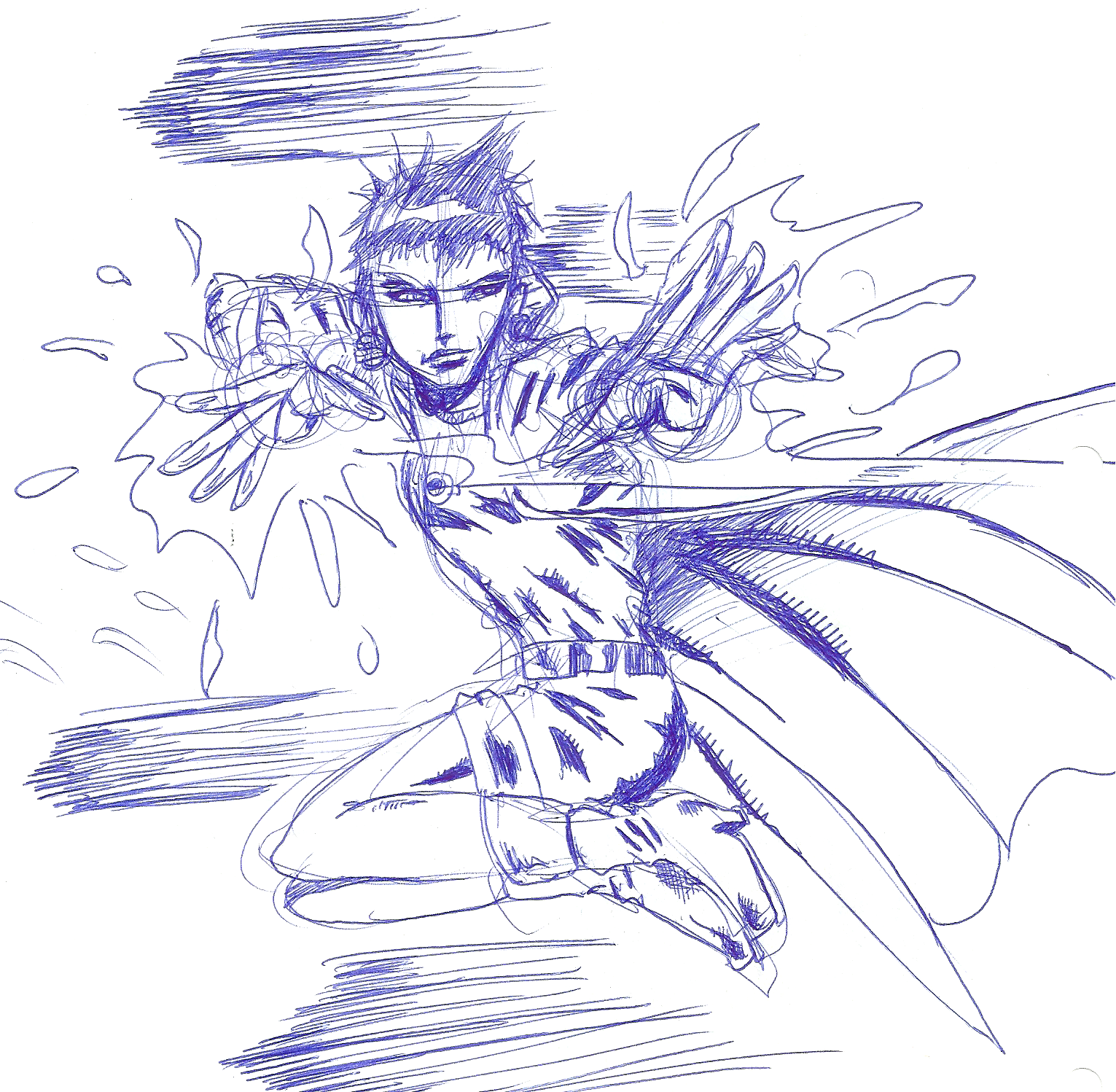 I tried my hand at drawing Jubilee from the X-Men.  For those who don't know, she is practically the only Asian X-Man from the 90's lineup (Psylocke does not count, as she was originally British).

I drew her in her old 90's costume, which is less of a costume and more of a random mish-mash of clothes that was found around the house, which includes a hot pink T-shirt, a yellow trenchcoat, shorty shorts, and blue gloves.  It is a totally 90's thing to do, yet it is also strangely enduring.

I don't know if it is obvious, but Jubilee has fireworks coming out of her hands while jumping in midair.  Random nitpick: I am not a fan of the speed lines at the bottom because it is not straight like the rest of the speed lines.

Just like my other drawings at work, this was done with a ball point blue pen.  Will there ever be a day when I get caught drawing instead of working?  I hope not.