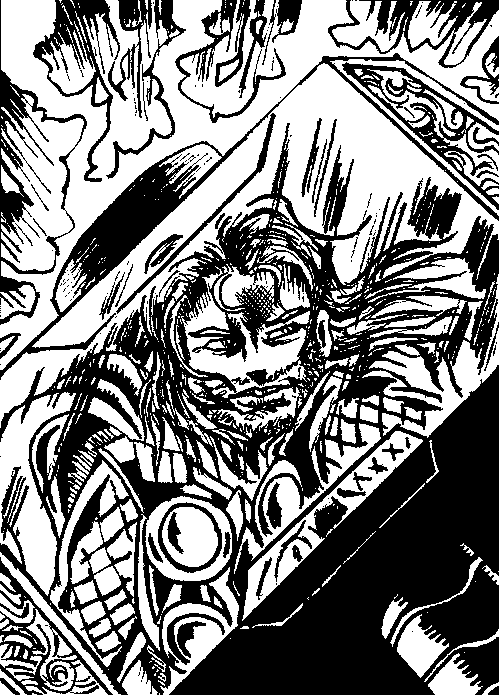 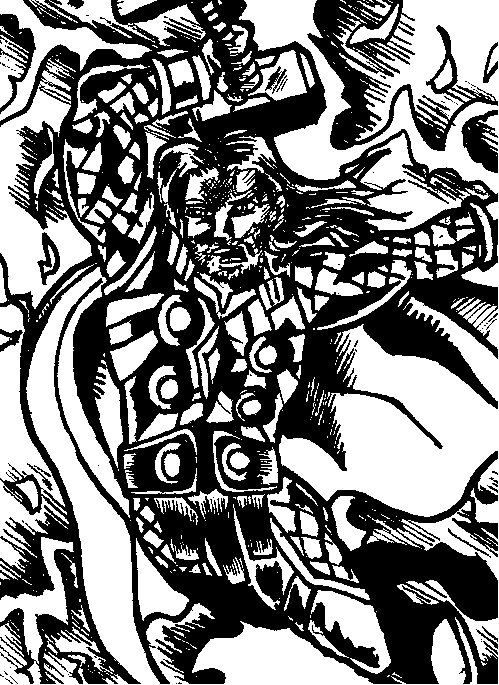 Sorry for the late post, I am still recovering from being at Oakland's  Kraken Con.  Overall, I had a great time and met a lot of cool people.  As before, here are some more cards that I drew based on the Marvel Cinematic universe.

I drew Thor in his two costumes.  The first was from his first movie and the second was from the sequel "Thor: Dark World".

I don't know if I ever mentioned it before, but I have a hard time drawing beards.  It is a challenge for me to get the texture down and look good.  Also, Thor is hard to pose because I want to show off his hammer, but the tiny dimensions of the cards make it hard to fit everything in.