When I am supposed to be working...21 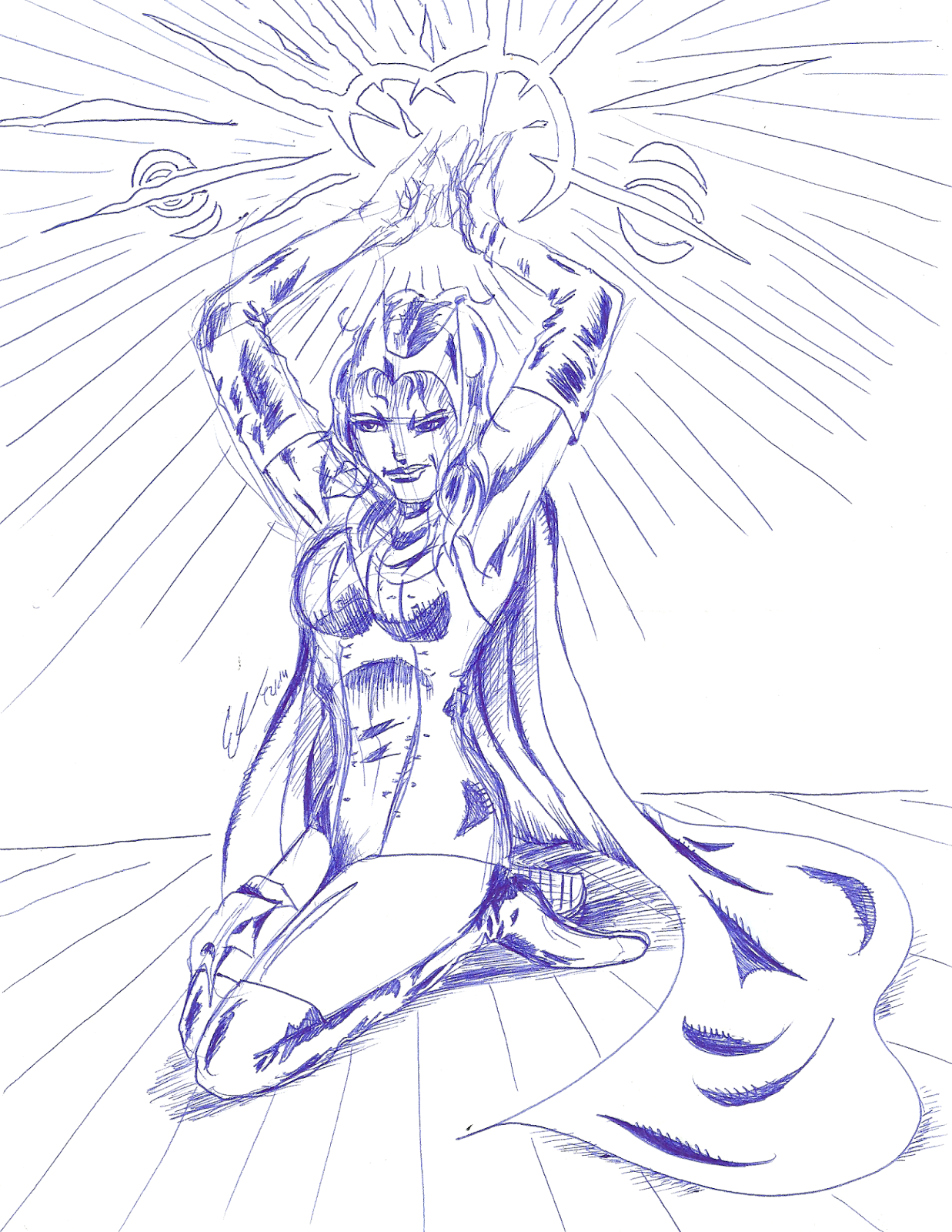 Here is a relatively quick sketch of the Scarlet Witch.  I have mentioned in the past that I am trying to practice drawing more sexy female body forms.  I really like the proportions of Scarlet Witch's body.  It is sexy without being too unrealistic and crass.

Another random thing I did is that I did not finish drawing her hands to imply that light is radiating out of it.  Scarlet Witch's right eye is also a bit of a mistake. I accidentally drew it a little too small compared to the left eye, but I added a little line at the bottom of the right eye to imply that she is half winking.  I actually like that mistake, because it gives her face a little more character.

Scarlet Witch was drawn with a blue ball point pen.