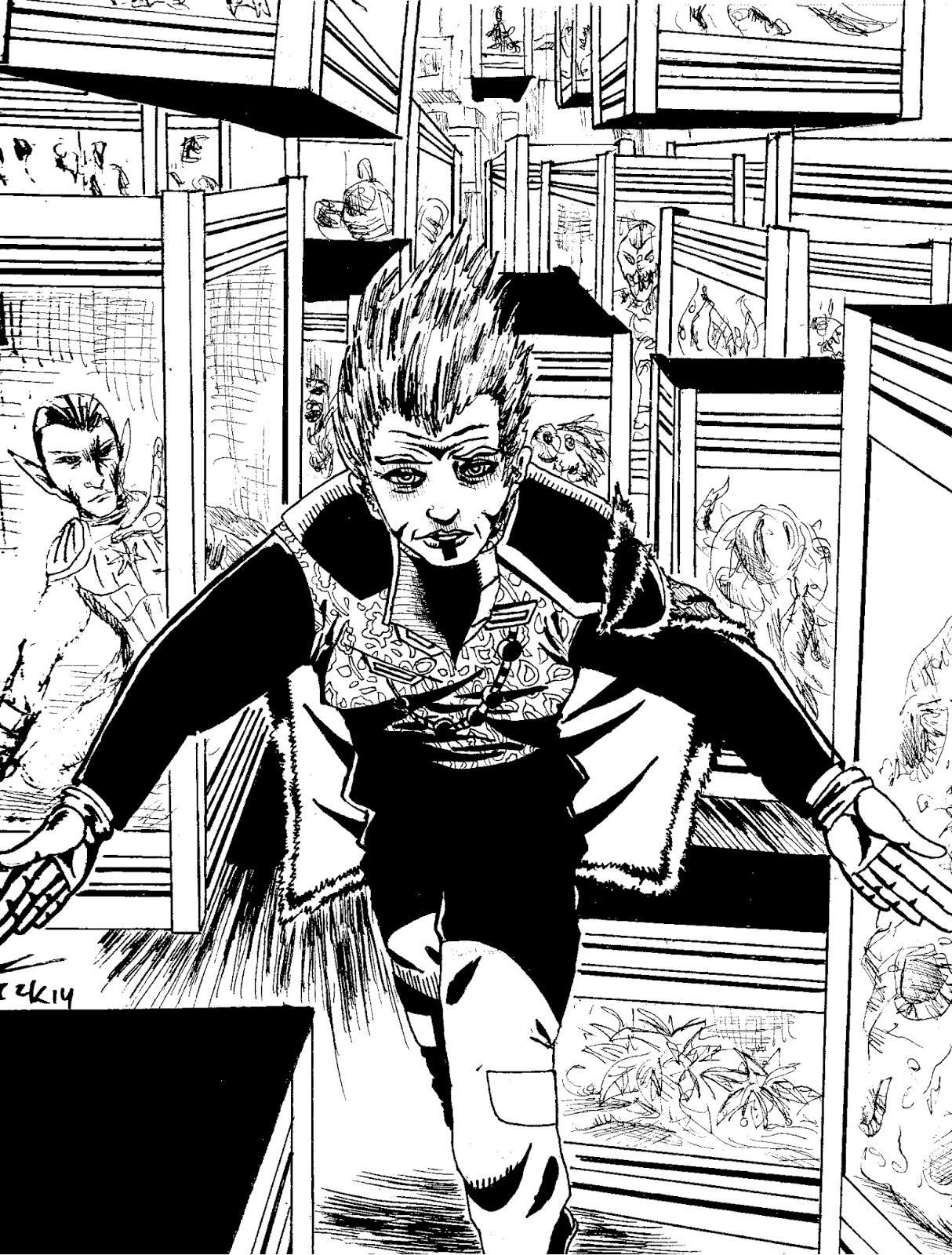 My favorite character to come from "Guardians of the Galaxy" hands down is Benicio del Toro's The Collector.  He is so weird and such a funny way of talking that he sticks in my mind the most.  The director James Gunn described him as a "Space Liberace",which I totally prefer over the generically evil version from the comics.

The Collector's costume was hard to draw since there aren't many good online references of him.  I actually had to figure his costume design off of a LEGO figure.