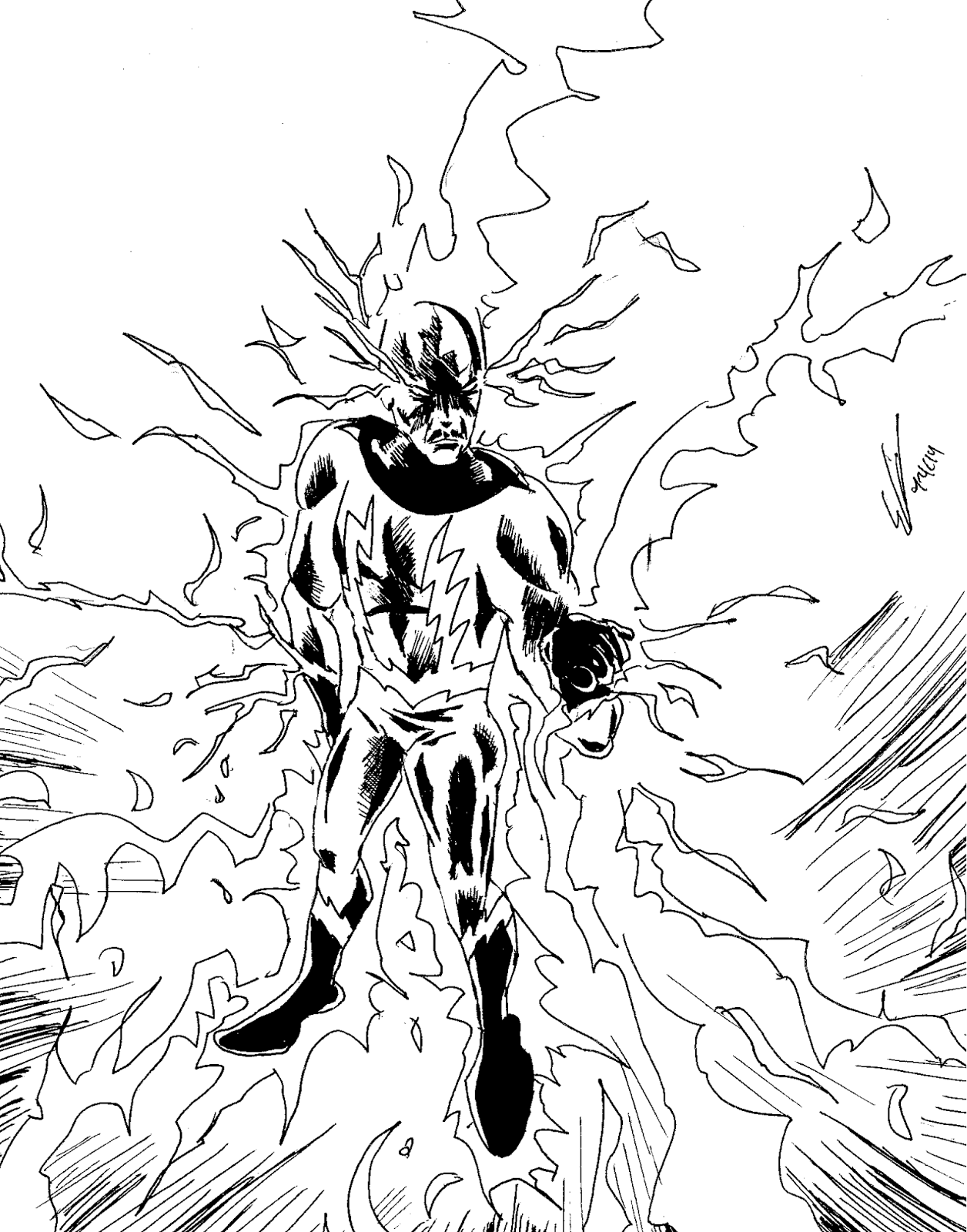 Longtime Spider-Man villain Electro has been getting more exposure lately.  This is mostly due to the most recent Spider-Man movie (which was terrible) and him appearing in the Spider-Man comics as of late (which are pretty decent).

I always love drawing lightning bolts, but I will admit that this is not the strongest picture.  Electro looks great and I am happy with his pose, but the background is a little too blank.  I shouldn't have white lightning over white background; I should have at least blacked out the negative space to make the lightning pop more.

I drew Electro mostly with a .07 mm tip G2 gel pen and and the blacks were filled in with Sharpie marker.