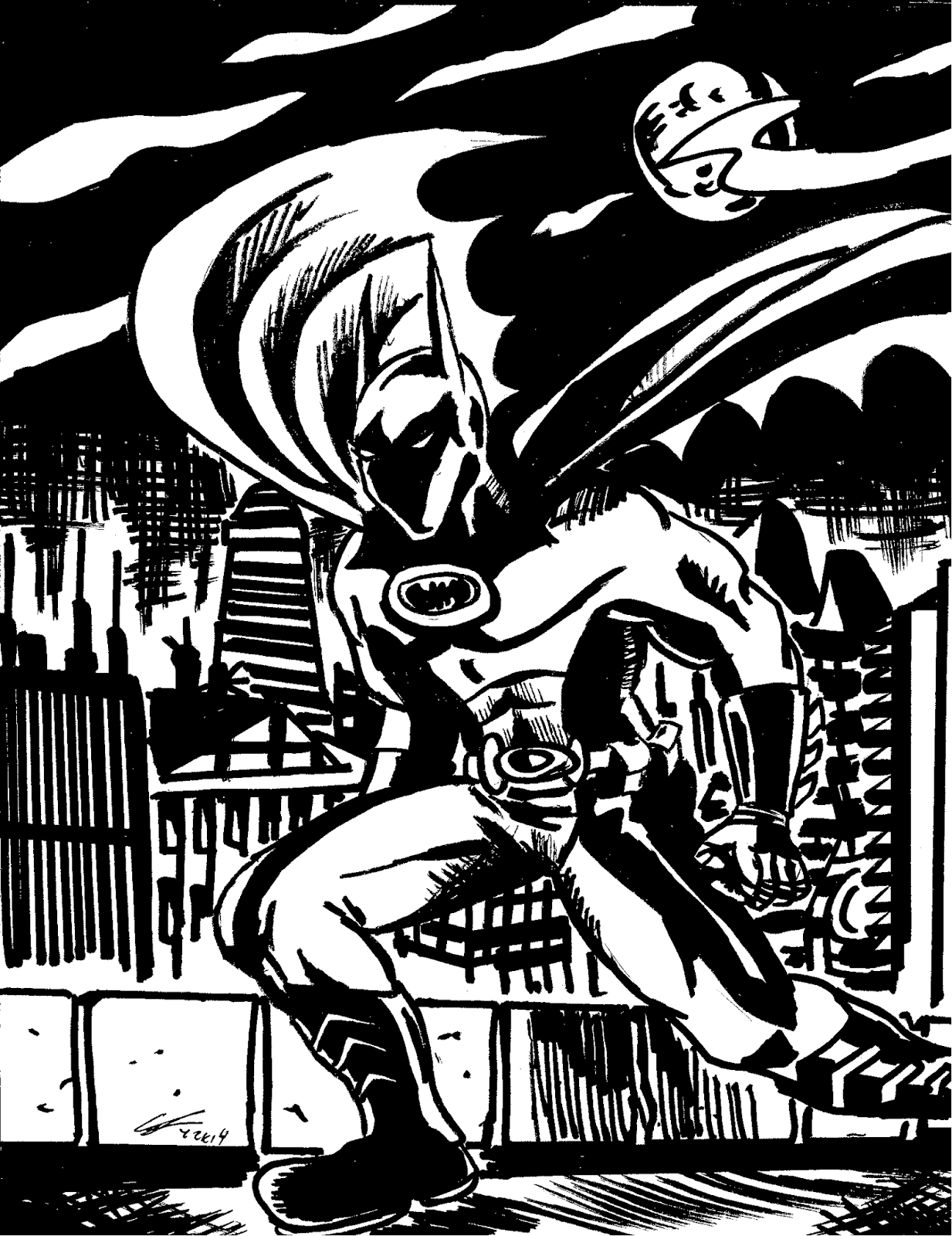 I took it upon myself to redesign Batman's outfit.  My personal design criteria for Batman are simple: 1. His 1989 outfit from the Tim Burton movie is awesome 2. His black panties over his suit is silly, but him having no panties also makes his costume look weirdly naked 3. He doesn't really need a mouthpiece...and 4. The bat emblem with the yellow circle is the best emblem.

With that in mind, I put some 1989 movie costume design elements in it (like the boots and gloves), a mask with no mouth, black coloring on the sides of his body to give it better contrast, and I split the cape into two just because I thought it looked different and cool.

Batman is drawn solely with thick markers, hence the thick lines.  I did this to make everything in the picture look really black or dark.