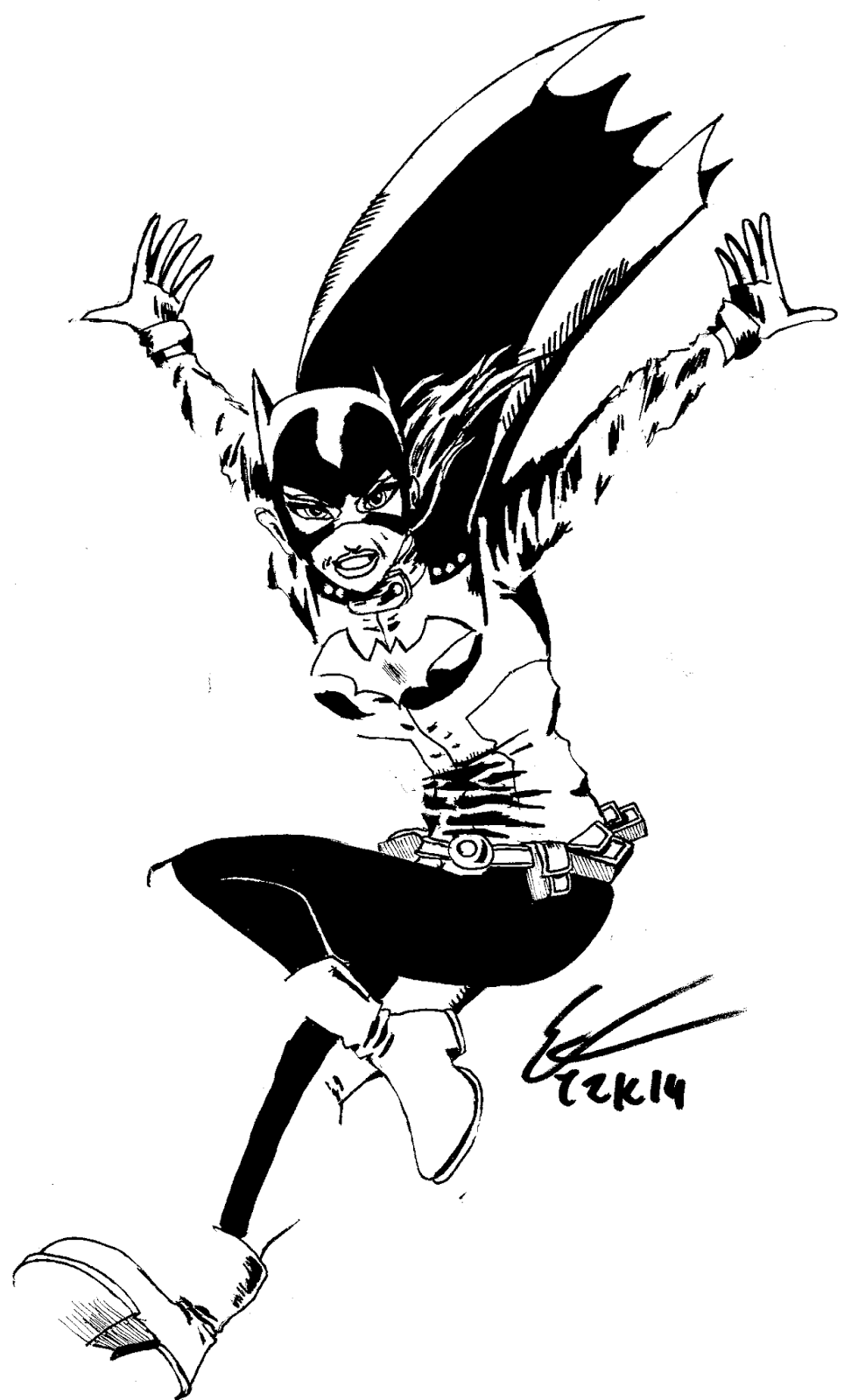 Batgirl has recently gotten a redesign of her costume that has proven to be a hit around the internet.  There has been numerous pictures made featuring her new look, so I decided to give it a shot too.

I really like her new jacket design instead of the traditional spandex look or worse, super plated armor. Gag.  It is a lot of fun drawing her jacket because of all of the line creases and whatnot.  Incidentally, the other features of her costume that has also been getting a lot of attention is the button snap cape fasteners and her combat boots.  I actually neglected drawing combat boots.  There is no real reason why, it was just a personal design choice made by me.

Batgirl was drawn with a .07 mm tip G2 gel pen, which is okay since I wanted the sketchy jagged look for her jacket, but for smooth lines it kinda sucks.  Well that is not necessarily true, it is just in consistent for smooth lines.  I don't know if it will be smooth or if I need to retrace my lines a couple of times to make it dark enough.  It is much better to just use a Staedtler art pen, which I used the .01 mm tip to draw in the finer details, like the eyes or small shadings.  I then blacked out everything with  a fat tip Sharpie marker.  Finally, to make the picture slightly cooler, I took out some of my lines on the under part of her body with a White Out pen.  This implies that the light source is coming below her.