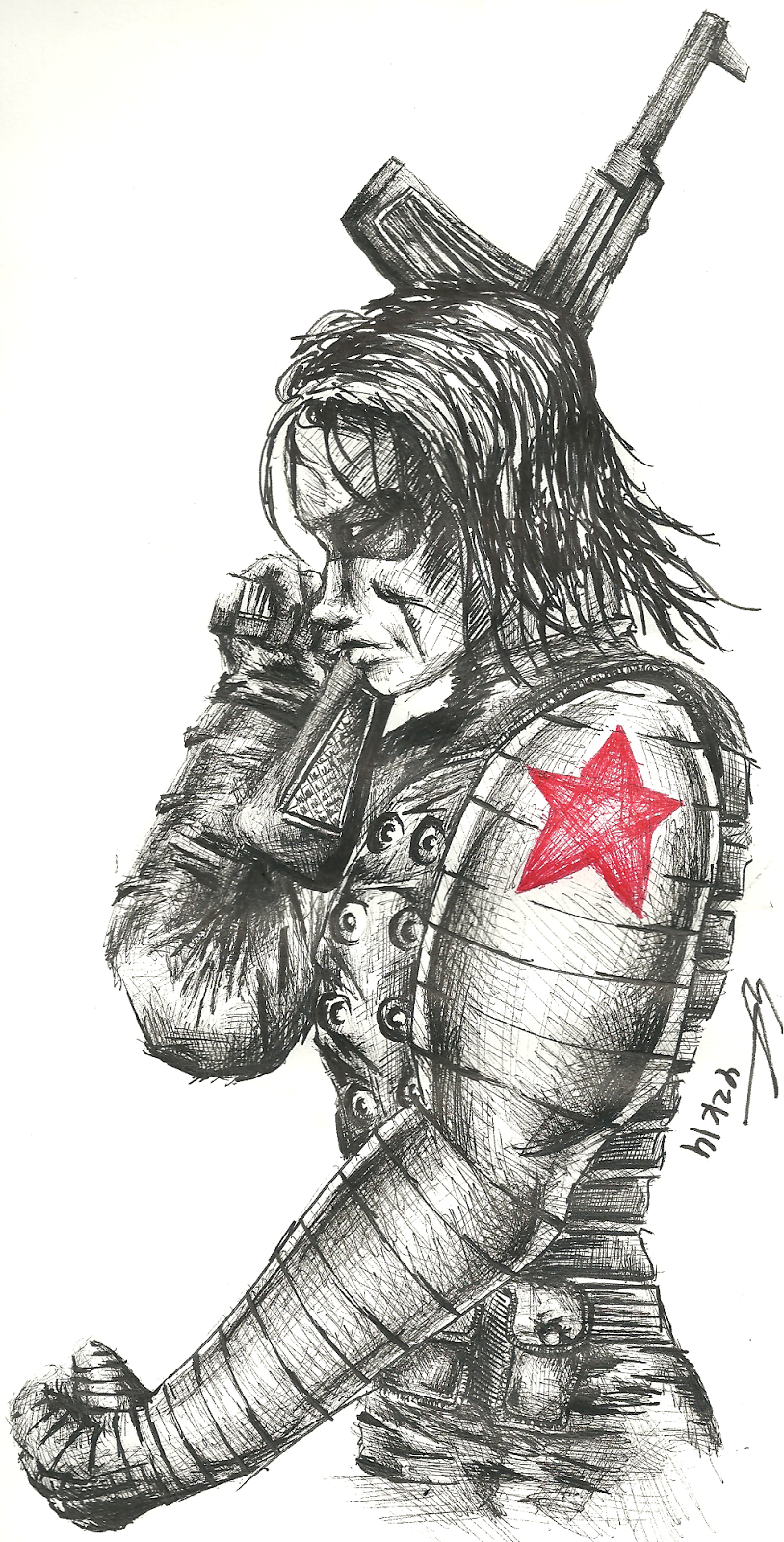 I don't think that I have mentioned it before, but the movie "Captain America: The Winter Soldier" is an awesome movie.  In fact, I might say that it is one of the best Marvel Cinematic Universe movies yet, up there with "The Avengers" and the first "Iron Man".

I have always been a fan of Bucky, the Winter Soldier, from the first time I read Ed Brubaker's comic book run on Captain America, which is what the prior mentioned movie drew inspiration from.  He is cool and uber-competent.  I love his demeanor.

This is something that I have not done before to this level: cross-hatching the entire body to simulate the ultra realistic look.  It took me about two and half hours to draw him, but I really love how the picture came out in the finished product.  I also enjoy drawing profiles of characters, which is appropriate for the Winter Soldier, to show off his metal arm.

I utilized different pen tip widths for different compenents of the picture. A .07 mm tip gel pen was used for crosshatching the dark edges, hair, and clothing wrinkles.  A Papermate Flair medium tipped marker was used for mostly the hair and some heavy dark portions.  A red .05 mm tipped pen was to color and crosshatch the red star on his arm.  And a .01 mm tipped art pen was used for all of the cross hatching on his figure.

Note that some of the cross hatches look darker than others despite having the same .01 mm pen because of the level of pressure I put on it.  So if I wanted a really thin line, then I'd have to lightly press on the pen or a thicker line is when I press harder on it.