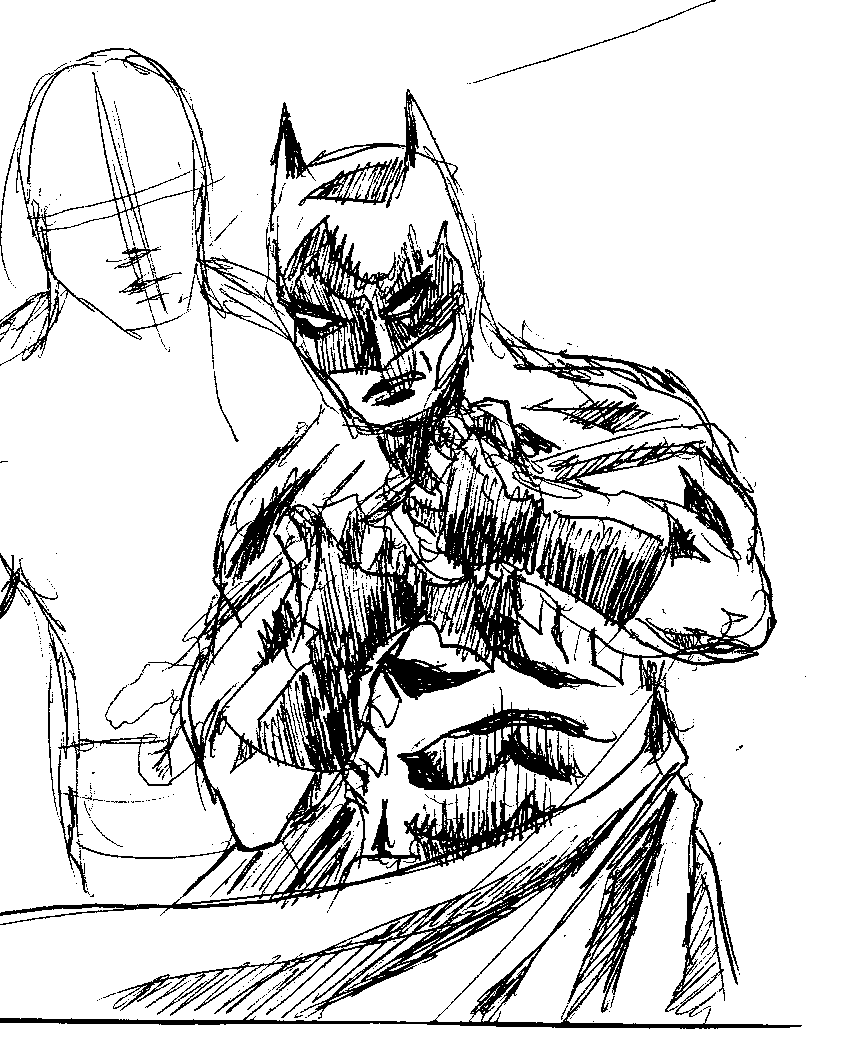 When scanning this picture, I was debating whether I should scan it showing the blue colors of the pen I used to draw this, or should I do it in the dark blacks.  In the end, I thought showing it in black would make it cooler looking and make it so the sketch lines are an intentional part of the picture.

Of course, they really aren't a part of picture, not on purpose anyways.  I drew this while I was bored and had to do something else.  You will notice that I also drew a rough outline of another figure behind Batman.  That initially was supposed to be Superman back there, but I ran out of time.

I like this picture and the pose and the shading around his costume.  I think the weirdest part of the picture is that it looks like Batman has eyeliner on.  Oops.

Batman was drawn in a blue ball point pen.