I enjoyed showing off the step by step process of how I drew my Robocop commission that I also want to show my Red Hood one too. 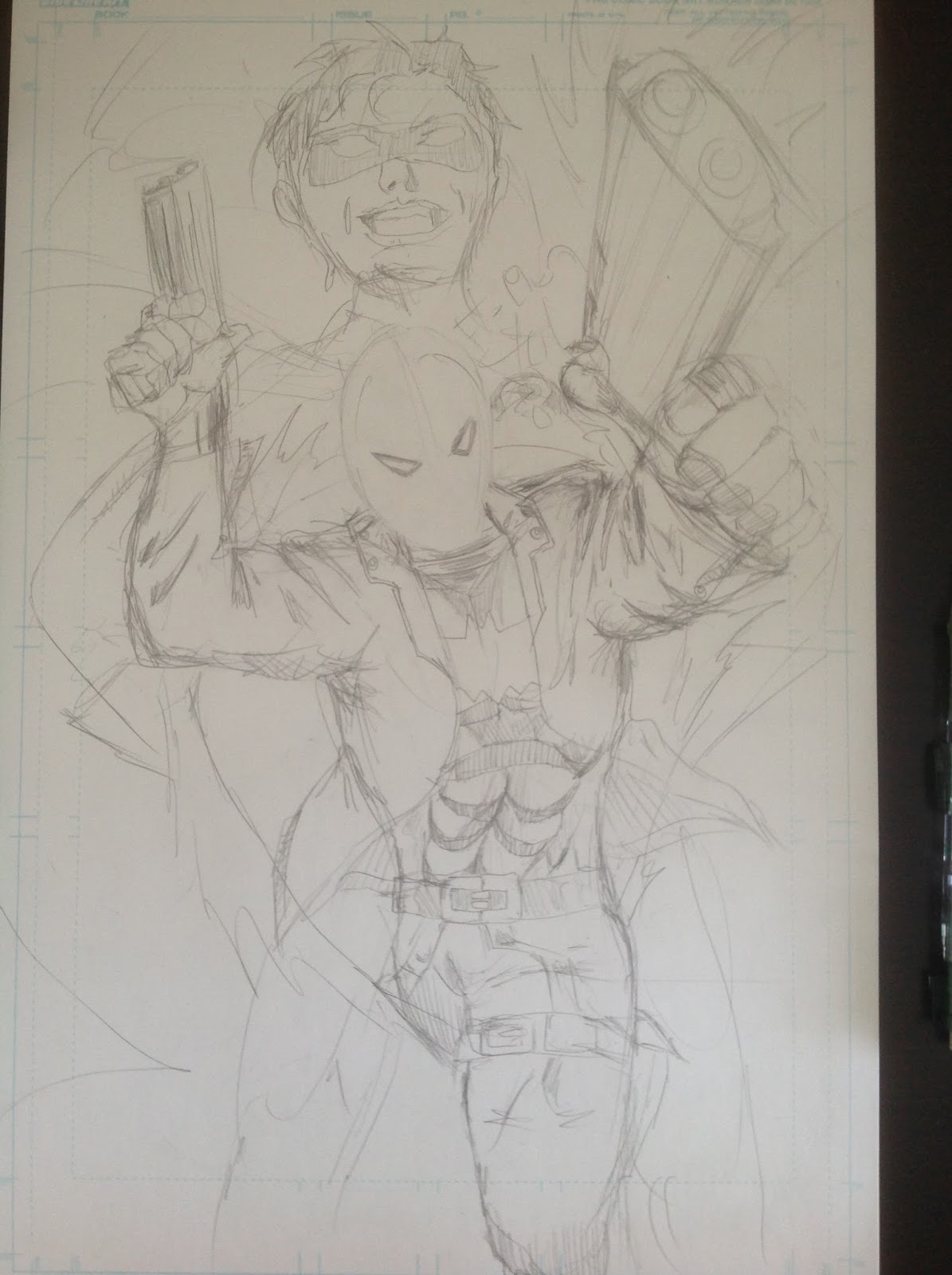 Step 1:  I got the initial penciling sketch down.  For the Red Hood, I had a pretty clear image in my head that I wanted.  I wanted to show his current (cool looking) Red Hood suit with guns a blazing.  I also wanted to show his history as a Robin in the past.  Originally, I had Batman in the even further back, but I didn't really know where to organically fit him, so I left him out.

I like to leave my pencils semi-loose so I have some wiggle room to change something, like a hand or a limb, in the inking process. 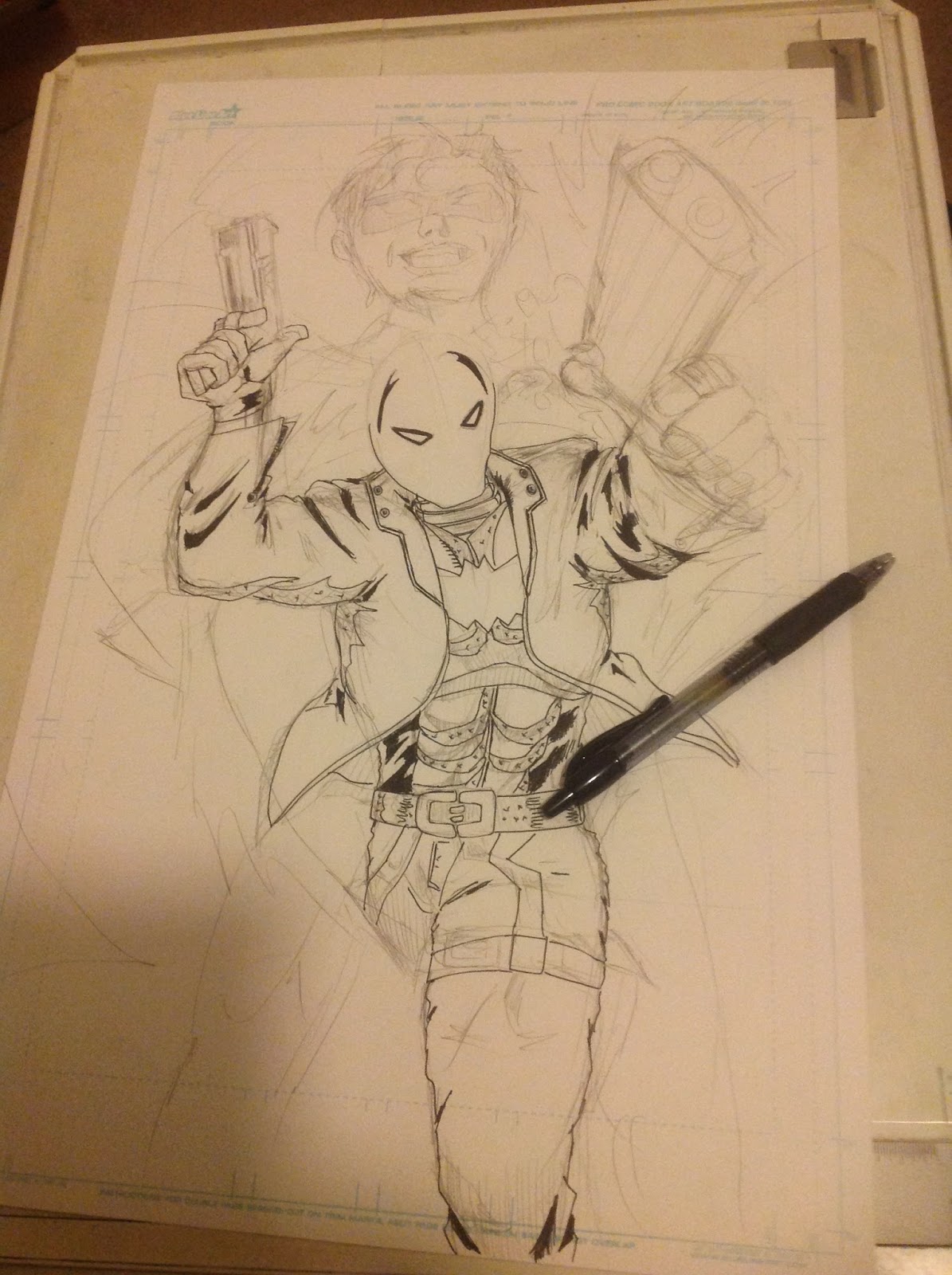 Step 2:  The Red Hood's outline is half done here.  I have some of the black shadows colored in, but for the bigger areas of blacks, I left with little "x's" to indicate that I will go back later to color them in with a Sharpie.

The guns that he has are also left uninked because I was debating whether the gun in his left hand was too big or not.  Also, the gun in his right hand was actually a little crooked relative to the rest of of his hand, so I had to erase it and redraw it. 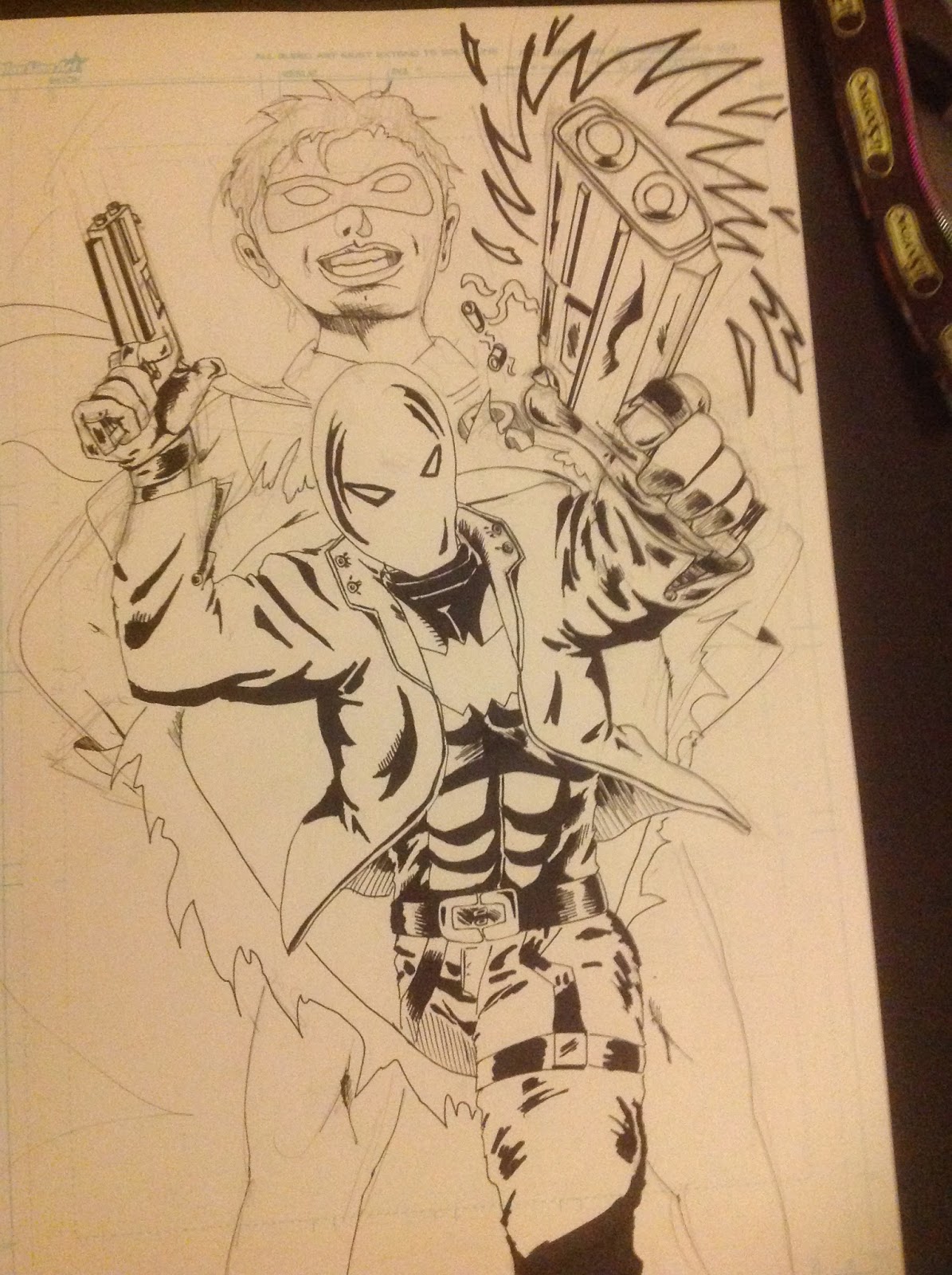 Step 3: I got the Red Hood all done now.  I inked him and his blacks are all filled in.  I also drew Robin in the back as a very brief outline.

Honestly, Robin's body does not perfectly line up with itself.  But I figured that since he isn't the main focus of the picture, then it would not matter too much. 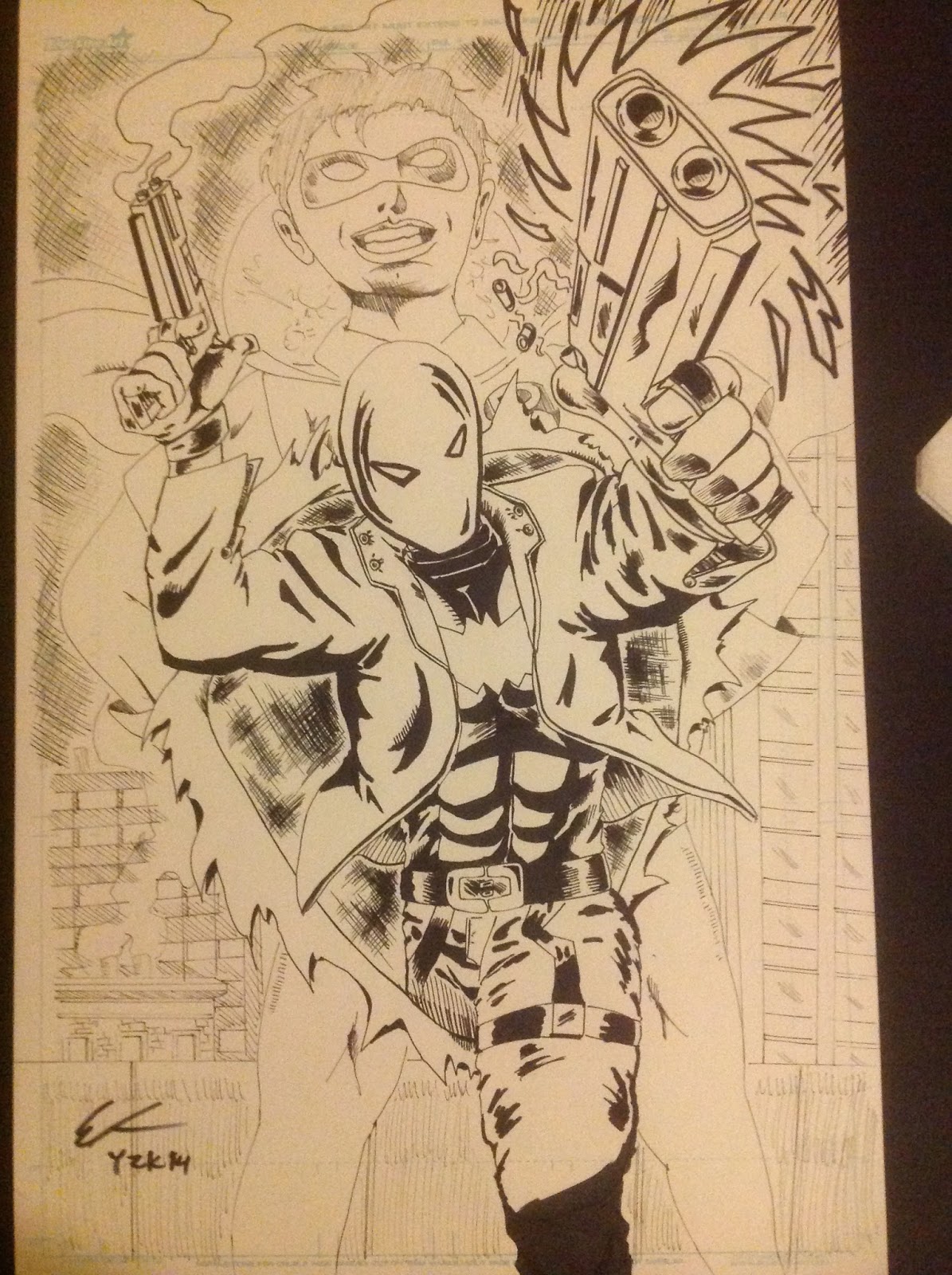 Step 4: I completed the piece by drawing in a background of the city scape behind Robin and the shadows on his body.  I also did some extra embellishments on the Red Hood.

The extra detail of ink that I am most proud of is the shadows of the ripped up paper.  It really makes it pop off the page!

I am very satisfied how this turned out.  The figure looks real and dynamic and the anatomy is pretty good.  I was inspired by the DC Comics Zero issue covers where the character is ripping out of the page.  I thought it was a pretty neat way of implying that the Red Hood has a past as Robin and that he is done with it.