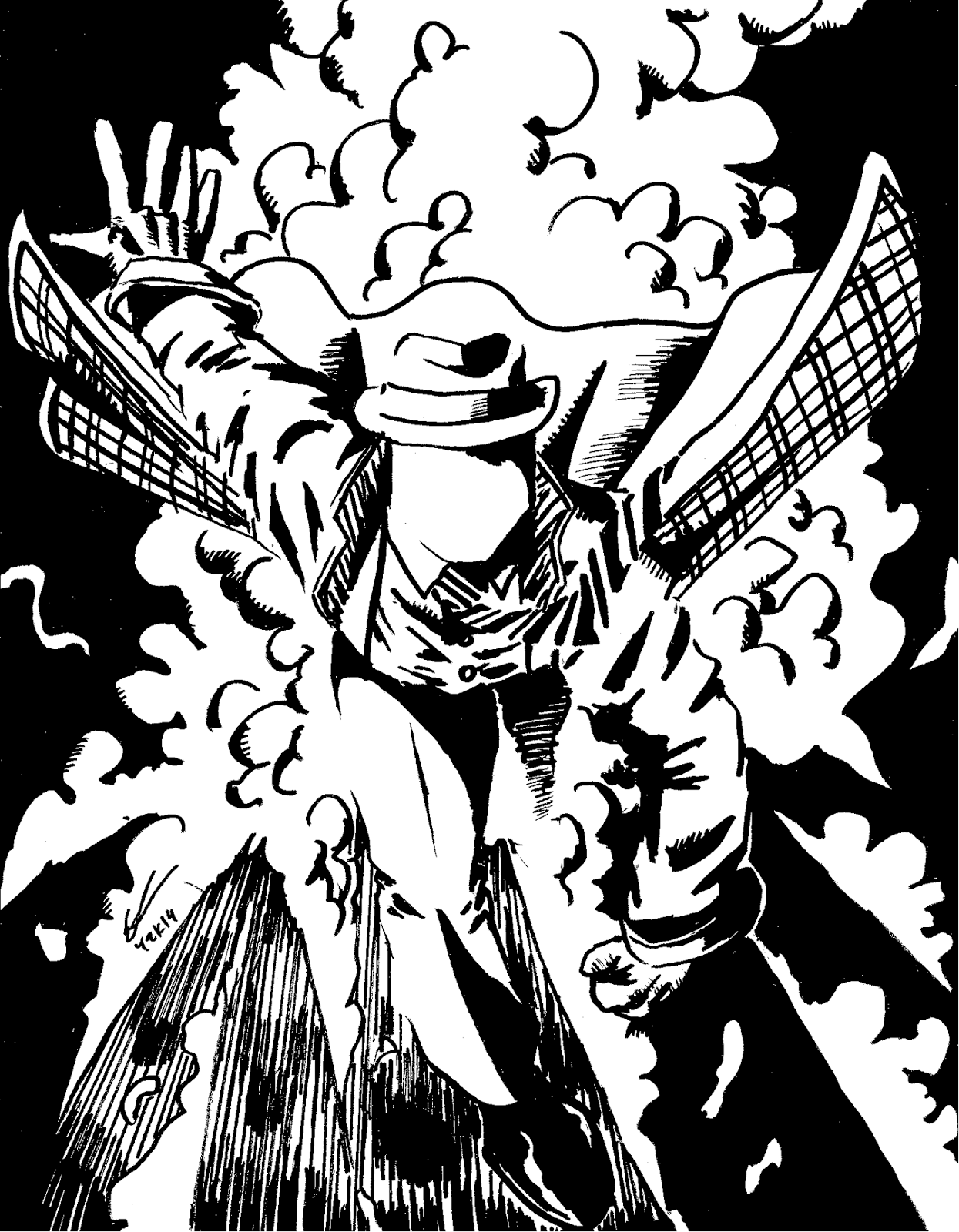 I have been trying to do more drawings with the inverse white and black shadows.  I really tried to minimize the outlines on the Question as much as possible.

The Question is a detective from the Justice League, who is notable for having a mask with no face and frequently disappears in a cloud of smoke.

The picture turned out really well with the only issue is that I wished that I drew speed lines on the right side of his feet because the all black looks weird when the rest of the ground covered in speed lines.

The Question is done with mostly a Crayola thin tipped black marker.  The shadows and the shades were all done with the Crayola.  The random shadow feathering, speed lines, and tiny details are done with a thinner Papermate medium size tipped marker.  Finally, the blacks were filled in with a black fat tipped Sharpie marker.