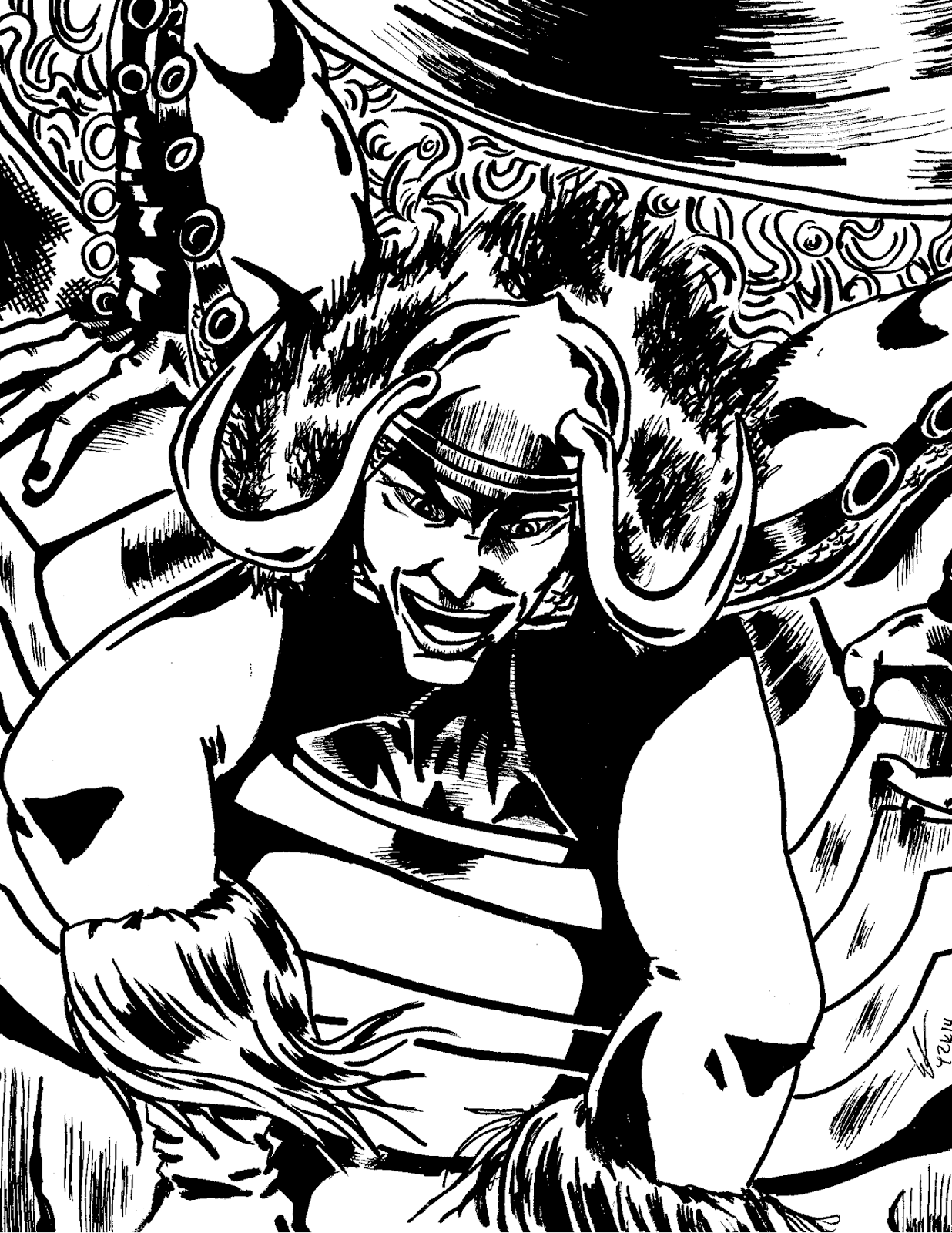 I finished reading the entire run of The Mighty Thor by Walter Simonson and it is awesomely metal.  Like, Thor does crazy stuff every other issue, like fight a giant fire demon or get his hammer stolen by an alien, or battle in Hel (one "L") for the souls of some humans.  But what is not lost is the hilarious moments where Loki tries to pull some scheme, only to have it blow up in his face.

After reading all those Thor comics, Loki has definitely risen to one of my favorite villains just because he is so persistent and makes absolutely zero attempts to redeem himself.

Of all the things that I am proud of is the shadowing on the fur trim of his boots. The second thing that I am most proud of is the shading for the fur that he wears on his back.  It is hard to do that because you don't want to overwhelm the fur with shading.  I find it best to do it around the edges and use different tip sizes of pens to make it a more random, textured look.

Loki is drawn with a Crayola thin tip marker, with minor details like his metal rings on his sleeve are done with a Papermate medium tip marker.  The shadowing lines-specifically in his face-was done with a .07 mm tip G2 gel pen.  The blacks are also done with a fat tip Sharpie.