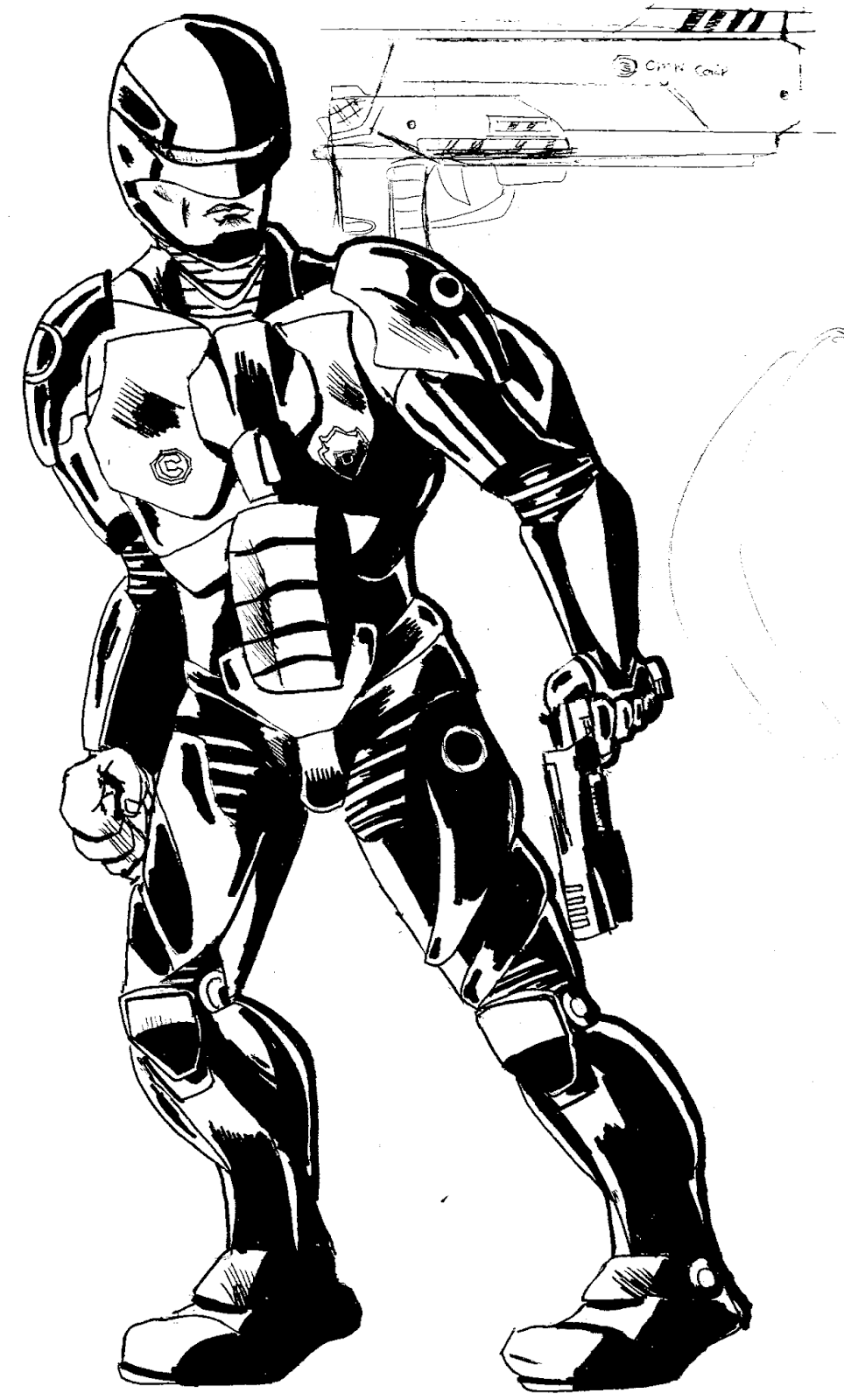 Did you guys know that there is a new Robocop movie that came out this year?  I barely did.  Which I guess how a lot of people felt, since it is considered the first big box office bomb of the year.

Anyhoot, I am drawing the new black Robocop as a reference sketch for a commission that I am working on.  Note the sketch of his gun on the right hand corner.

Robocop was made by the engineers at Omnicorp.  This picture of Robocop was drawn with a G2 gel pen for the majority of the lines.  Next, he traced over with a Papermate Flair, followed by coloring in the blacks with a fat Sharpie.  And finally, the tinier shadow lines or metal shine were done with a .01 cm tip pen.