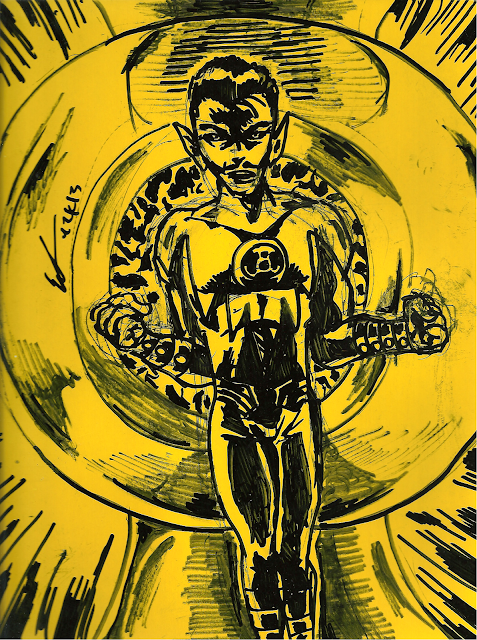 
Oh and yes, that is an evil robot Superman in the back there.  It's a long story.

I drew Sinestro on a slick yellow folder with a G2 gel pen and a thick tip Sharpie marker.  Funny thing: Sinestro's mouth was not supposed to be opened like that, but since the Sharpie tends to bleed, the set of teeth became an opened mouth.  Let that be a lesson to those who use Sharpies; they can potentially bleed all over your picture if you are not careful. So beware when you need to draw fine details in a picture.