A few weeks ago, I rewatched "Jurassic Park 3". To put it bluntly, it is not a very great movie. There is nothing terribly wrong with it, but it is just so mediocre, especially when compared to the first "Jurassic Park". Gone is most of the subtext and themes about man creating things that are not meant to be made. Gone is the talk about natural entropy and chaos theory. In place of that is a scary movie about people running away from big monsters. 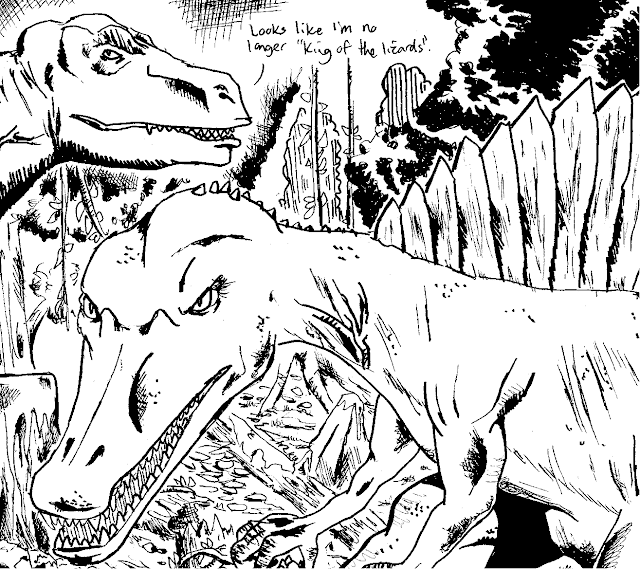 One of the problems with the movie is that they replaced the T-Rex as the "main bad guy" with a Spinosaurus.  To be fair, Spinosaurus' are way bigger and more intimidating than a T-Rex.  However, there is a part where the two dinosaurs battle it out and the Spinosuarus trounces the T-Rex.  This just makes it feel like a big "F you" to the fans who followed the Tyrannasarus through the previous two "Jurassic Park" movies. 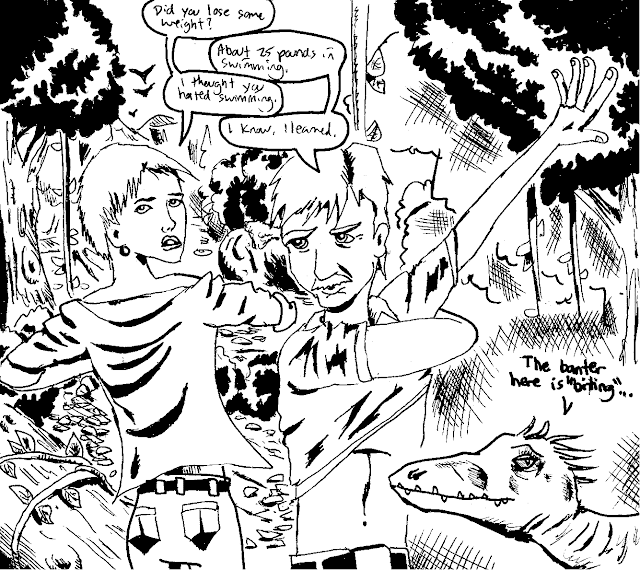 Oh and the human characters are pretty ridiculous too.  It  is a pretty boring story of a divorced couple trying to find their lost son.  And the dialogue is....very silly. 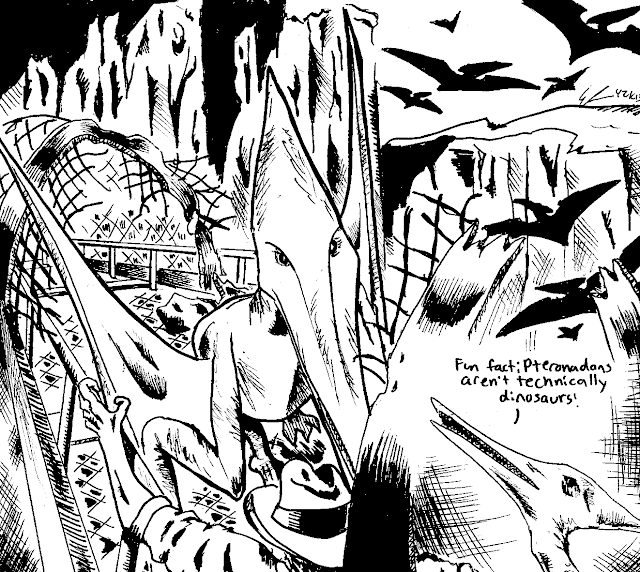 The other "main villain" dinosaur in the movie is pteronadons.  It's pretty obvious that they put them in as a way to have dinosaurs chase humans in a visually different way from the previous movies.  But these guys were pretty cool.  I especially liked the beginning of the scene when the humans discover they walked into a giant aviary.

Weirdly enough, the pteronadons are treated as bad guys for most of the movie and then at the very end they are seen escaping Jurassic Park and nobody seems to think that is a bad idea.  Like, the humans don't care that these huge creatures can potentially attack nearby human cities?  Are the human survivors so exhausted that they no longer care what happens to the dinosaurs?  And that is the very last scene in the movie, so we never get an explanation.

Overall, I will give this movie: two and a half raptor packs.  It's not very great, but I have a nostalgic soft spot for it since it is one of the first movies I have ever seen in theaters.  Now bring on "Jurassic World"!!