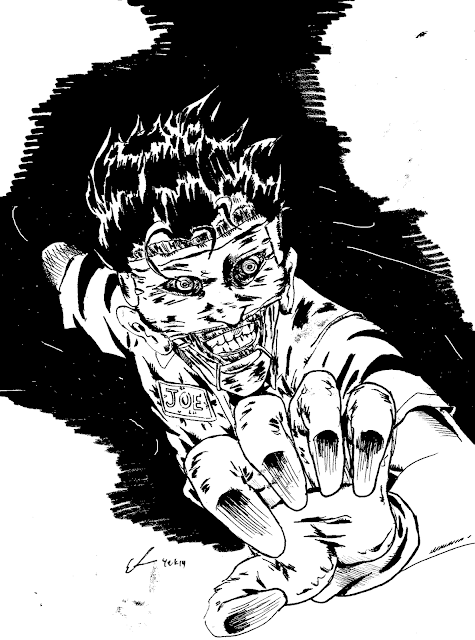 So I finally read the much hyped Batman comic storyline "Death of a Family".  It's....okay.  I think that my main problem is that it relies on the fact that the Joker took a taking a relatively short amount of time to think up and implement these different, elaborate plans to mess with Batman's head.  On top of that, he also came up with different plans to take down Batman's partners: Robin, Red Robin, Nightwing, the Red Hood, and Batgirl, which is really stretching the the level of credibility that the Joker managed all of this in one night.  It makes the Joker seem like he is everywhere at the same time and kinda makes Batman look like a dumb dumb for not noticing that the Joker was planning all of this.  Like, he really didn't realize that the Joker took over Arkham Asylum for weeks now!?  Does Batman not keep close tabs on that place?

My other issue with the storyline is that the Joker is just so needlessly gross and demented, so his plans are likewise.  Like, the Joker killed a bunch of dudes, sewed them together, strung them up to a wall, and then painted a picture of him and Batman on their dead corpses. That is really disgusting and just downright weird.  Or the Joker makes a little book made up of dead bat skin.  I supposed I should've seen this coming.  After all, the premise of the story is that the Joker had somebody flay his own face off and now he has it strapped on with a leather belt.

I prefer the Joker that is demented, but still fun.  Like, he would kill you, but he would also do random, small stuff like steal a kid's report card just to ruin his day.


Anyhoot, this Joker picture is done with a G2 gel pen and then I meticulously added details like more stretch marks to his face (gag) using a .03 cm tip pen.  Afterwards, I outlined parts of him, such as his hands, using a Papermate Flair medium tipped marker. And finally, I colored the background behind him black using a Sharpie pen.  I also used a Sharpie to color in giant areas of black in his hair.  I then got the hair texture by drawing little texture lines at the edge of the black areas with the G2 gel pen.  Of all things, I quite like the way his hair turned out.