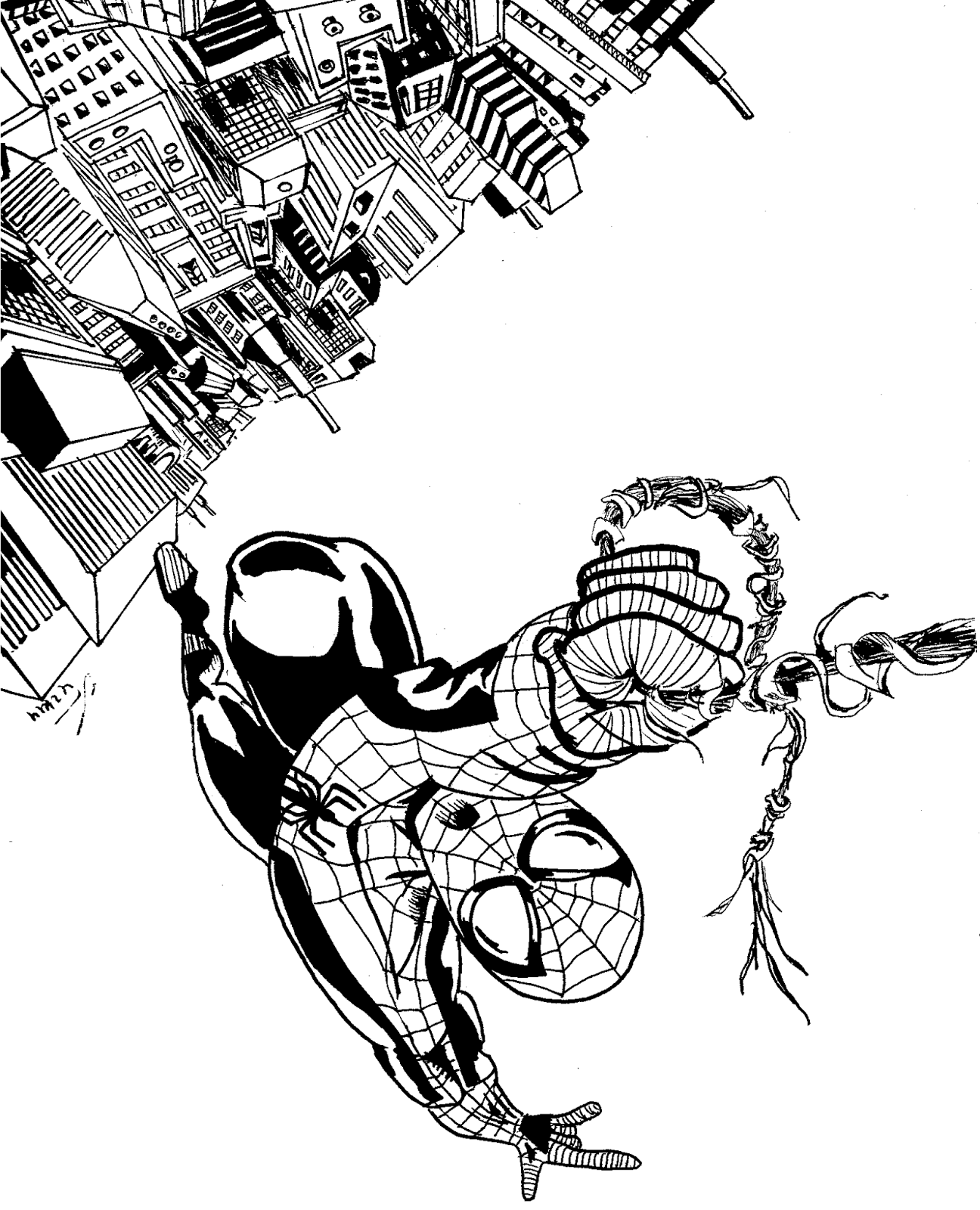 In comic book news, Peter Parker is returning as Spider-Man in April.  For the past year, long time arch nemesis Doctor Octopus took over Spidey's brain and had adventures as the self-named "Superior Spider-Man".

As much as I love Peter Parker, I feel like his return is still too soon.  It was only a little over a year with Doc Ock as Spider-Man, I feel like to make it more "permanent", that should be the status quo longer.

Still, I am happy to see Peter Parker again, since he is such a great, fun character.

The Spider-Man was done in a Papermate medium size Flair pen, including all of the shading.  The city landscape is done with a G2 gel pen.  As I have said before, I personally hate drawing buildings because it is surprisingly difficult to follow the perspective lines.  If you look closely, my buildings are not perfectly aligned with perspective, but as a whole it looks good.