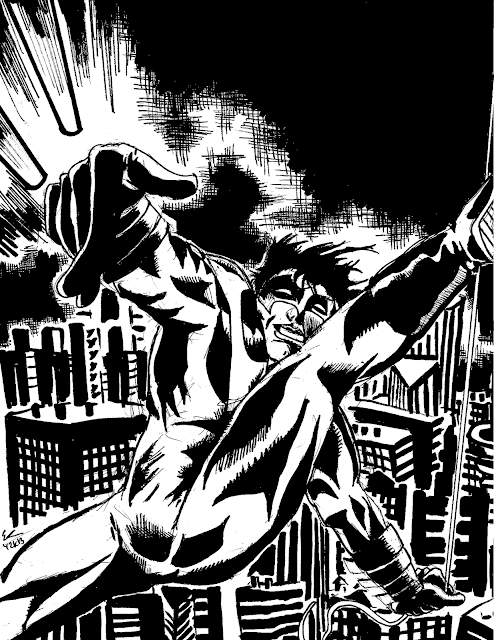 Nightwing is the original Robin (of "Batman and Robin" fame), who is all grown up and now has his own costume identity. This character is so fun to draw because you can pose a super agile, athletic figure in extreme new ways, but at the same time, be a little bit like Batman.

Like my Wonder Woman picture, Nightwing is drawn in a blue ballpoint pen initially, but then I drew over it with a black Papermate flair pen and Sharpie marker.  I also took this as an exercise to draw a cityscape in the background.  I normally don't draw buildings because I hate drawing it. But here, I am trying something new, where I draw only the shadows of the buildings.  It actually turned out really well.