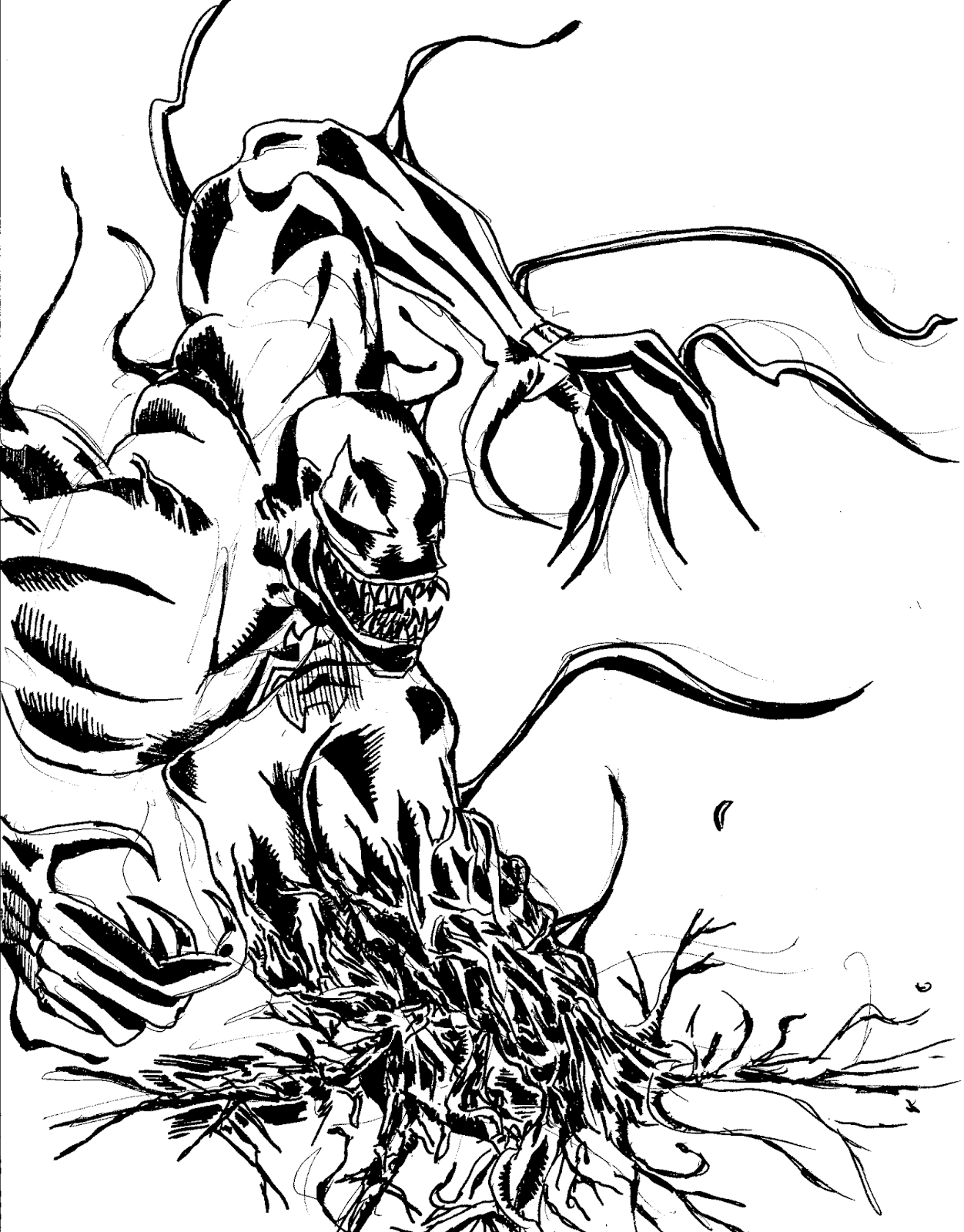 For people who grew up in the 90's, Venom was the Spider-Man villain.  Venom was originally a sentient, alien that pretended that it was a super advanced suit for Spider-Man.  However, like any evil alien, it eventually tried to kill Spider-Man, so he ditched it and it found other hosts to bond with.  Once it bonds with the host, the Venom suit gives all of Spider-Man's powers and some that he doesn't have, like invisibility.

I drew this with a Papermate Flair pen with a medium tip on it.  There are some extraneous sketch lines on this picture.  That is because I drew the sketch of Venom with a ballpoint pen first and now I cannot get the lines erased.

The look of Venom was inspired by current Spider-Man comic book artist Humberto Ramos.  His Venom has tendrils coming out every which way and is texturally more interesting to look at that the typical smooth look that Venom is drawn in.  Here is an example of what I mean.