DC Comics has recently opened an art contest for aspiring artists like myself to draw up a page from an upcoming Harley Quinn comic.  If you don't know, Harley Quinn is the Joker's girlfriend.  And if you have seen The Dark Knight, then anybody who associates themselves with the Joker is already pretty crazy.

Here is my step by step process of my art submission.

I had to do some preparation before I actually started on my actual submission.  First, I drew up some head sketches. I mostly did it so I can test out some different facial expressions. They didn't end up in the final piece, but it is always a good artistic exercise nonetheless. 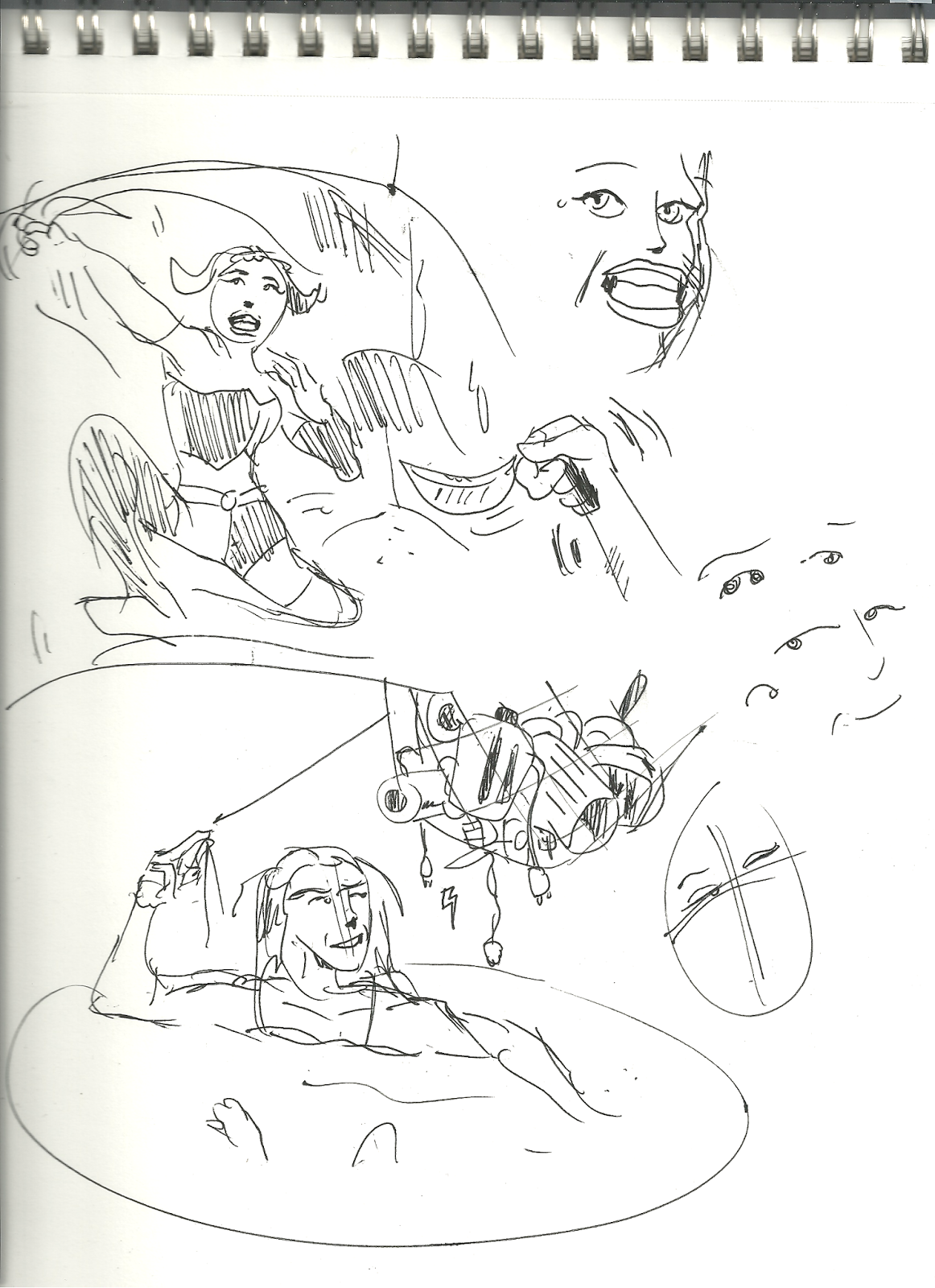 Next, I drew out a few poses that I imagine Harley in when I read the sample script.  The script called for Harley in different, crazy scenarios.  For the first panel, it's Harley breaking off a cell phone tower and holding like a lightning rod in a storm.  The second panel is Harley in a chicken suit surrounded by crocodiles, the third panel is Harley in tickling the inside of a whale's mouth, and the fourth panel has Harley in a bathtub with a net of electrical appliances precariously dangling over her.

Personally, I thought the funniest part was where Harley is described wearing a suit of raw chicken.  This prompted my girlfriend to draw this sketch to help me visualize it.


Finally, I drew out my entire page.  It took me a couple of days and more than a few hours.  I am pretty proud of it. 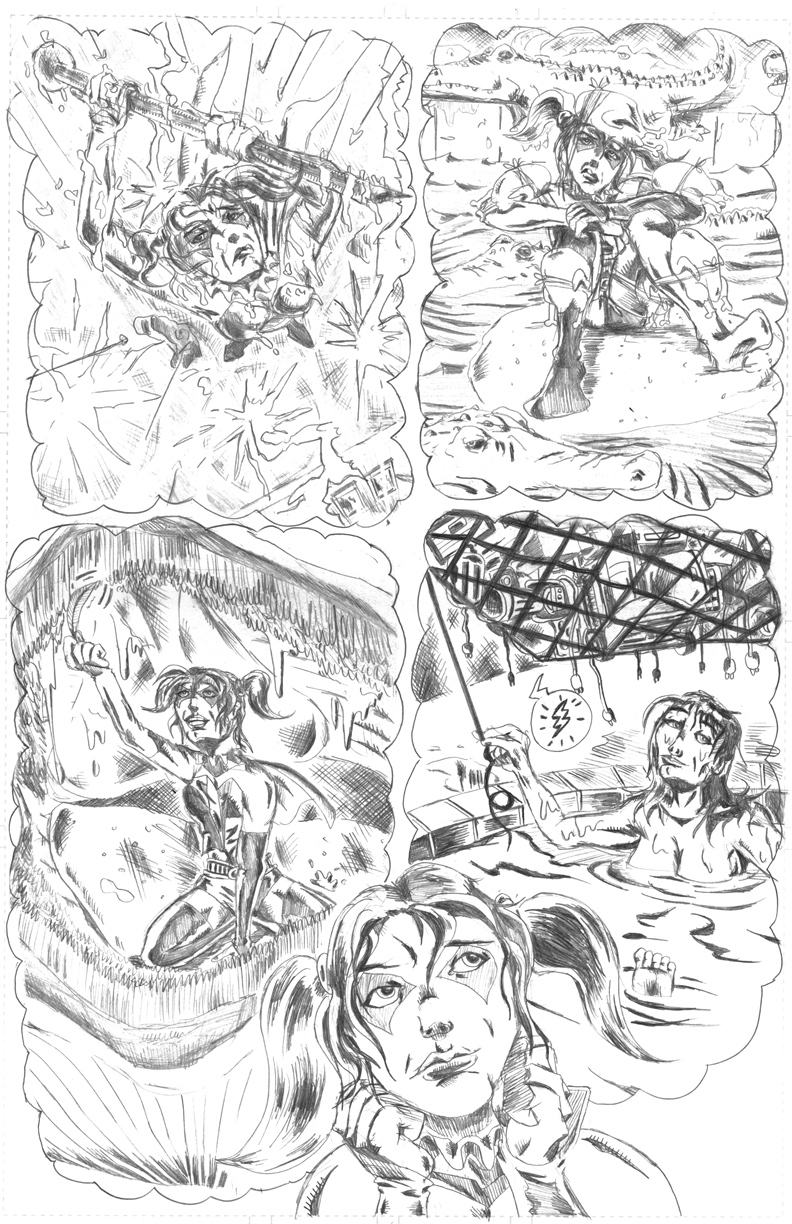