A while back, I had an art table at the LA Zoo's Comic Jungle.  Among other things, I helped designed the logo and created a number of zoo animal superhero characters who never made it in the public light.

The LA Zoo was nice enough to give back my drawings that I gave them.  I am grateful for this since I didn't even scan my pictures before I gave them away.  Now I have a chance to show them off!

The LA Zoo wanted me to do a comic strip series starring the animal superheroes that I created.  However, the idea was scraped and my strips were used as a background for the LA Zoo's Facebook cover page.  I wrote and drew a couple of strips, so here are the first strips in their full glory. 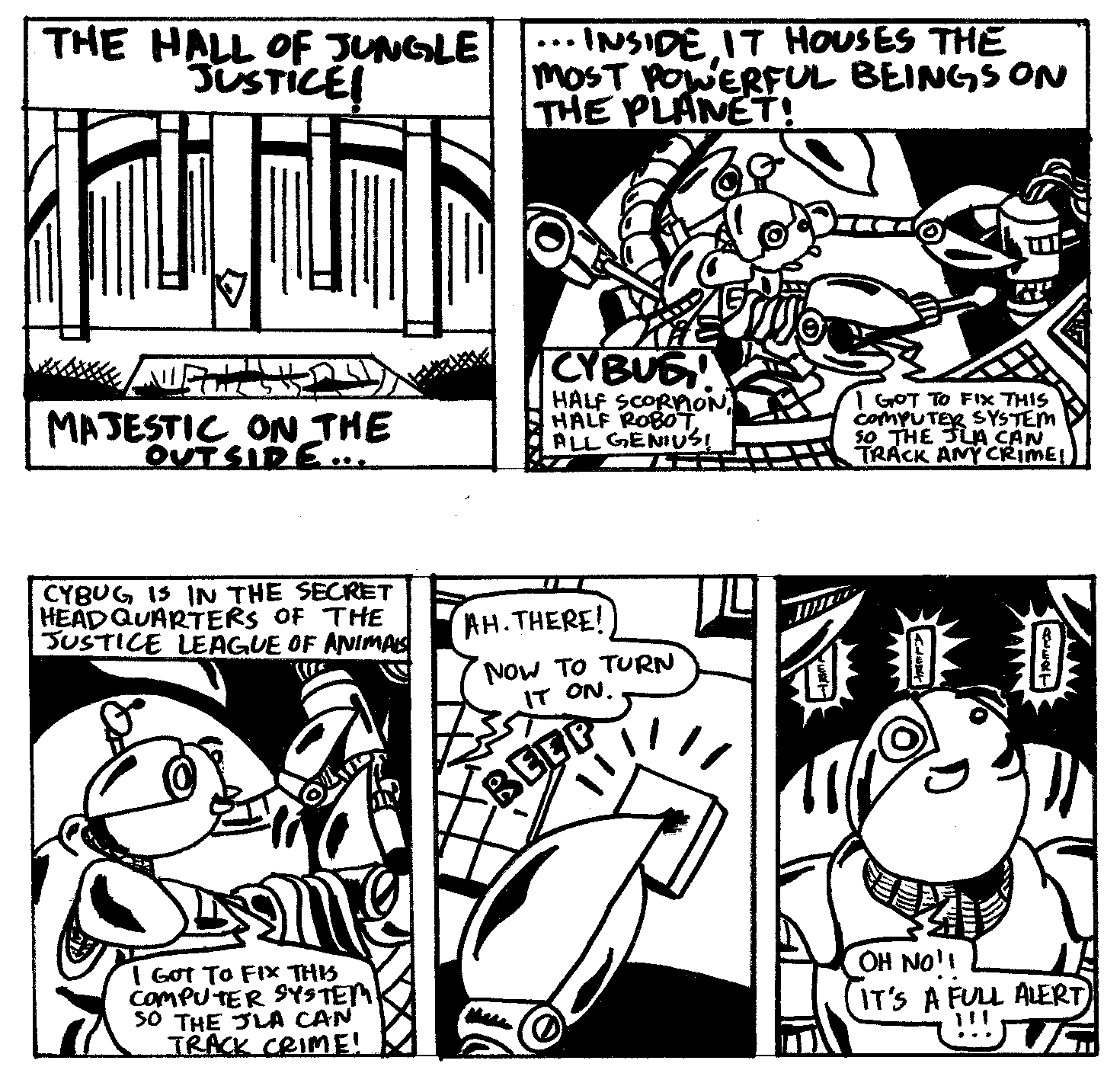 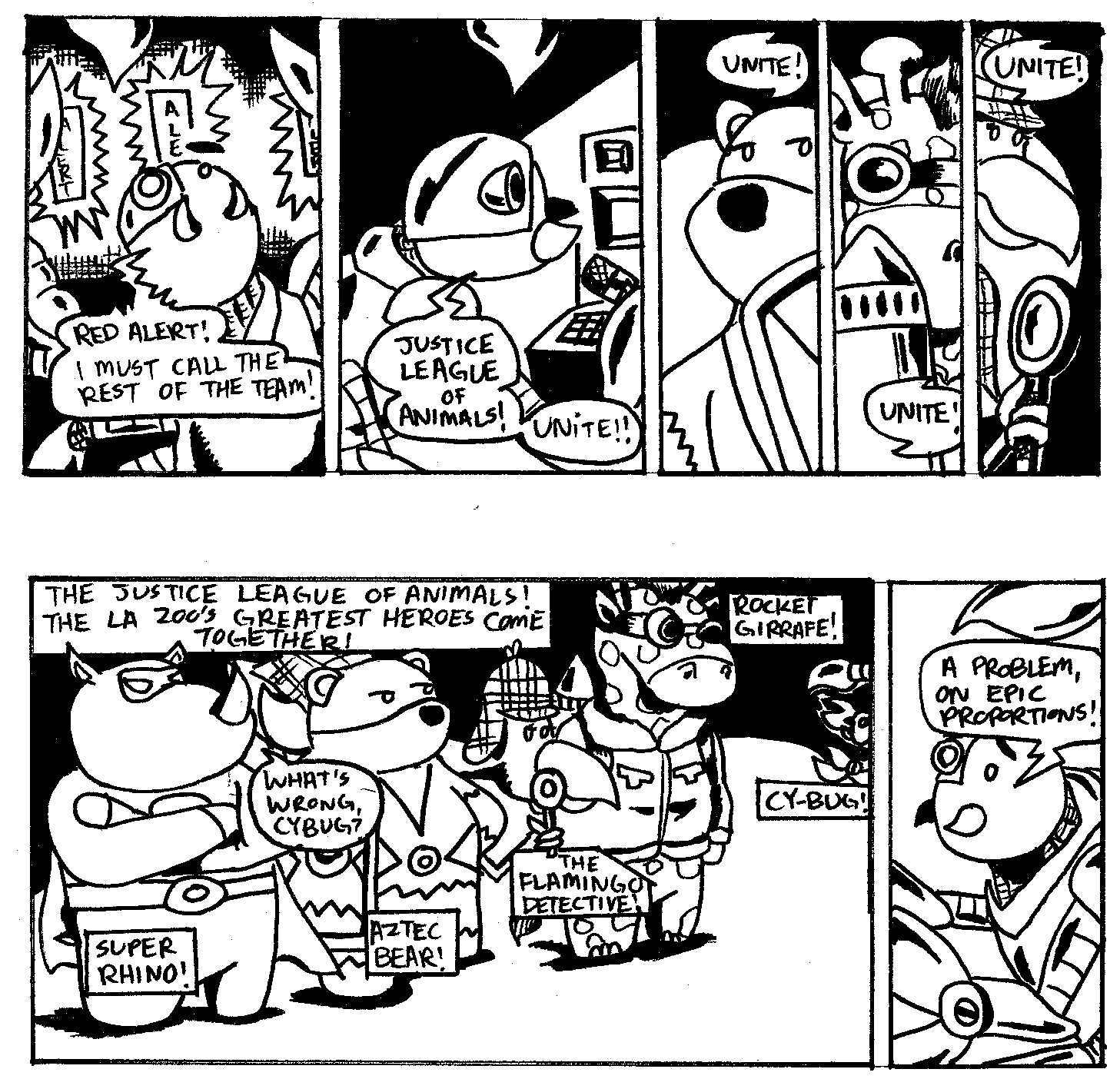 I will show the rest of the strips in the next post.  So until then, to be continued....