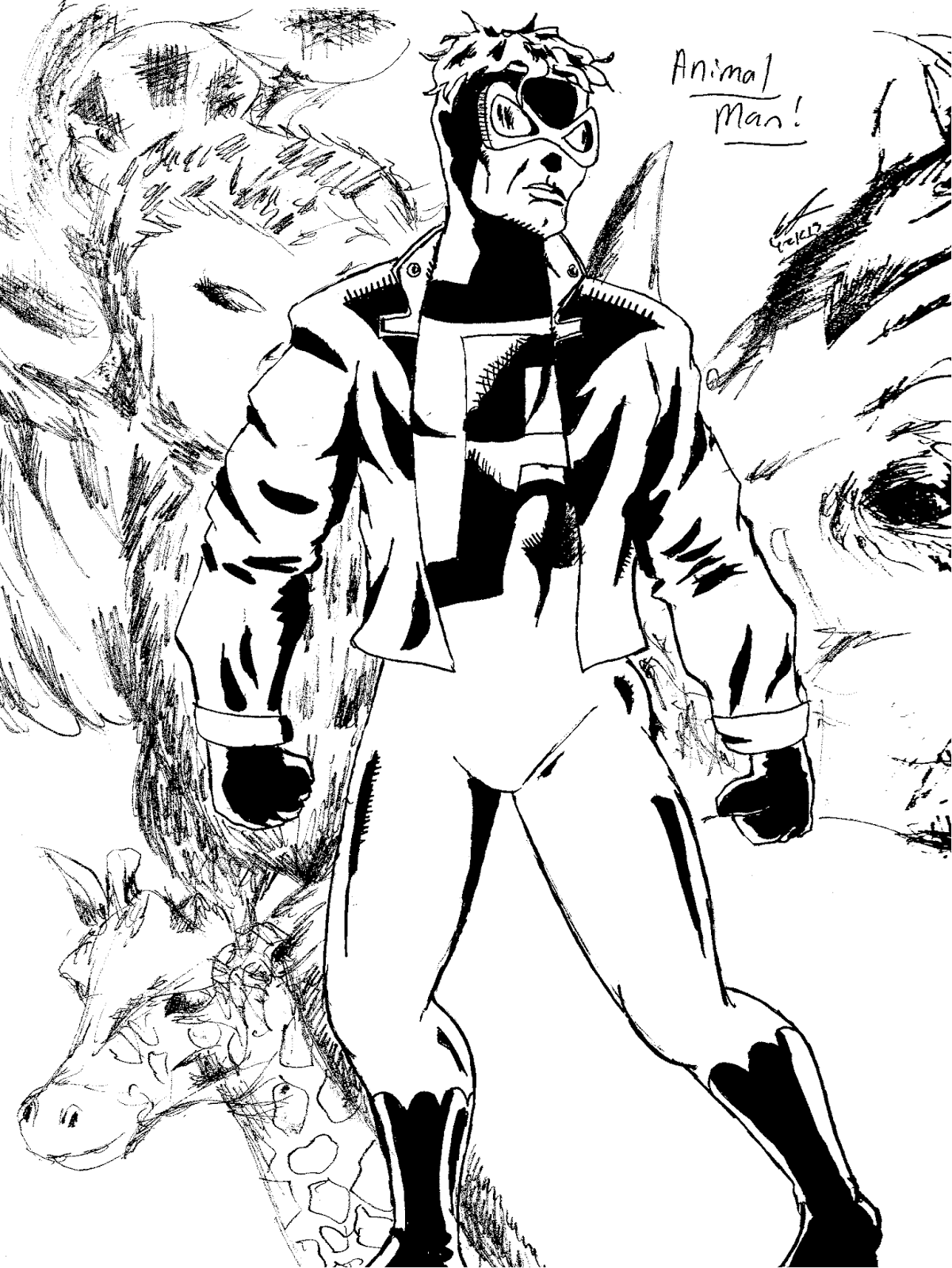 Animal Man a.k.a. Buddy Baker.  This guy is an old school DC Comics hero who could take on any abilities of an animal.  He underwent a resurgence of popularity in the 80's when notable comics writer Grant Morrison took Animal Man's comic and started writing crazy adventures where Wile E. Coyote is a Jesus archetype and Animal Man drops acid and starts talking to the comic book reader.  Did I mention that Grant Morrison used to do serious drugs?

Anyways, Animal Man was drawn with a G2 gel pen and a fat tipped Sharpie marker.  The animals in the background were drawn with a smaller pen tip- a .01 cm tip pen- to get the fine sketchy details.  It was then shaded over with a dried up Sharpie to give it some depth.

The animal that I like the least in this picture is the snake at the top left corner.  It looks...well...not very snake like.  I don't know what it is.  The picture looked better in my head. 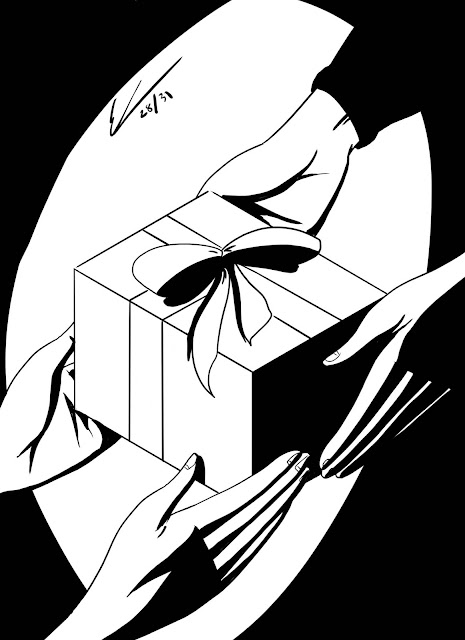