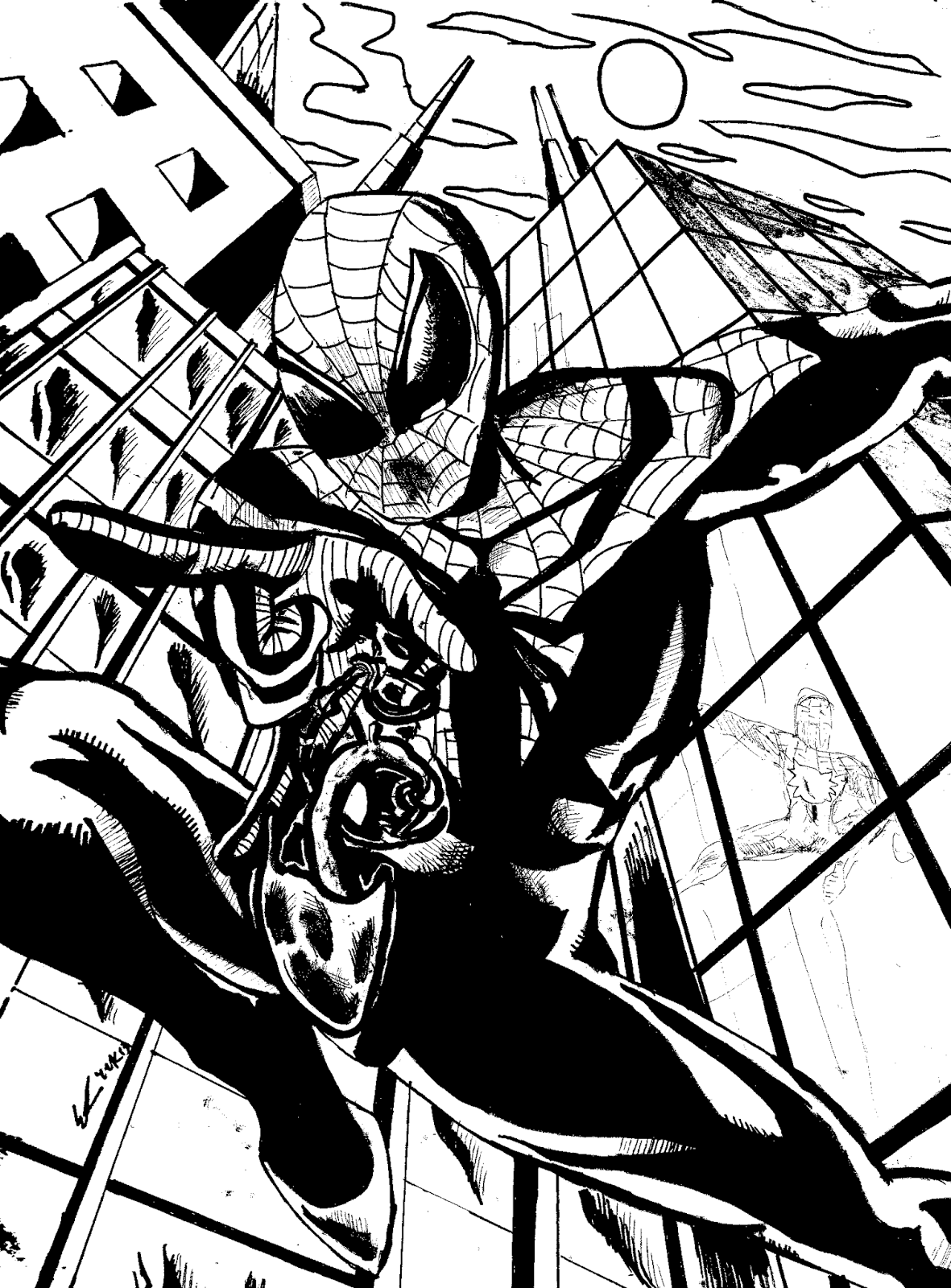 If you have not been keeping up with Spider-Man in the comics lately, there have been some major change ups.  Spider-Man is actually long time villain Doctor Octopus who switched brains with Peter Parker.  Now Doc Ock is (sort of) reformed and fighting crime as the self-named "Superior" Spider-Man.

One of the amusing things that Doc Ock as Spidey does is use his normally super villain plans to fight crime.  So now Spider-Man commands hordes of spying robot spiders, have henchmen, and attack his enemies using a giant robot.

Now, he is in a new costume that I think looks pretty cool.  I and love drawing Spider-Man in whatever suit he is in.  For this picture, I used everything in my artistic arsenal.  I used the G2 gel pen as my default pen to get most of the lines down.  I used my .01 and .03 cm thick tip Staedtler pens to doing fine shading and cross-hatching.  The Millennium .08 cm thick pen was for thicker lines and shading in small areas.  I used a fat Sharpie marker for the majority of the blacks and a dried up Sharpie to do some grey shading.  And finally, I had the Papermate flair medium tip marker to make bolder than normal lines, such as outlining the buildings.