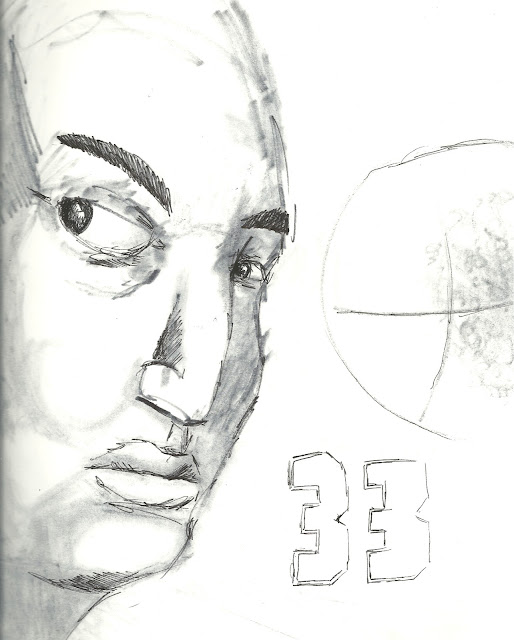 I know the NBA Finals were a few months ago at this point, but I wanted to show this portrait of the old Chicago Bulls' forward (and owner of multiple NBA Championship rings) Scottie Pippen.

I used to love watching him play alongside Michael Jordan and Dennis Rodman as a kid.  Pippen used be one of my favorite basketball players back in the day.  I used to have is old Bulls jersey and wear it everywhere I went.

For this, I used a really old dry thick tip Sharpie marker to do all of the shading and basic face. For the details, lines, and the number "33" I used the G2 Gel pen.