Random Thoughts on "Despicable Me 2" and "Monsters University"

So over the weekend I watched "Despicable Me 2" and the weekend before that, I saw "Monsters University".  Both are kids movies that target the same audience.  They also both feature cute, silly monster things.  So, which one is better? ﻿ 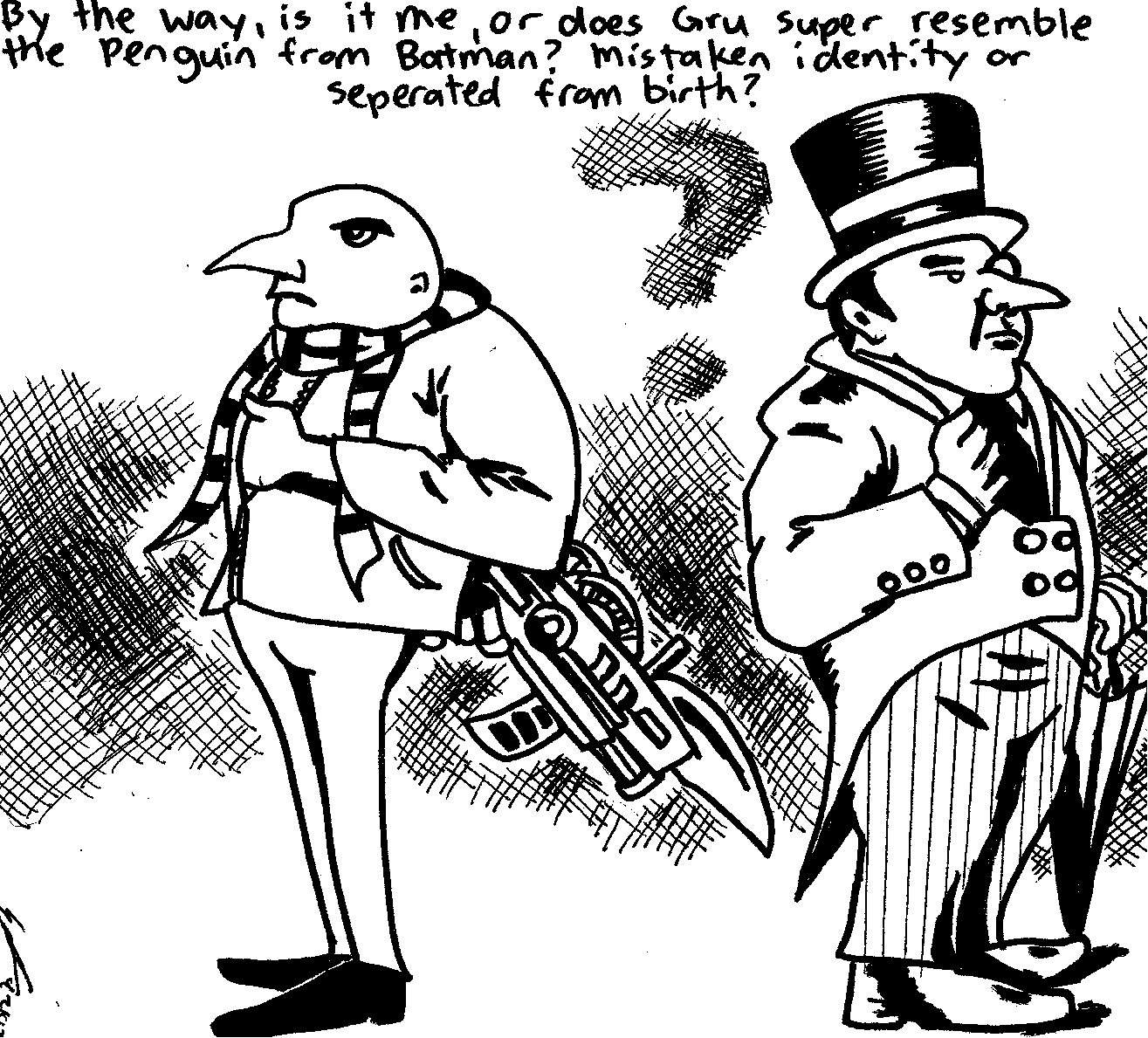 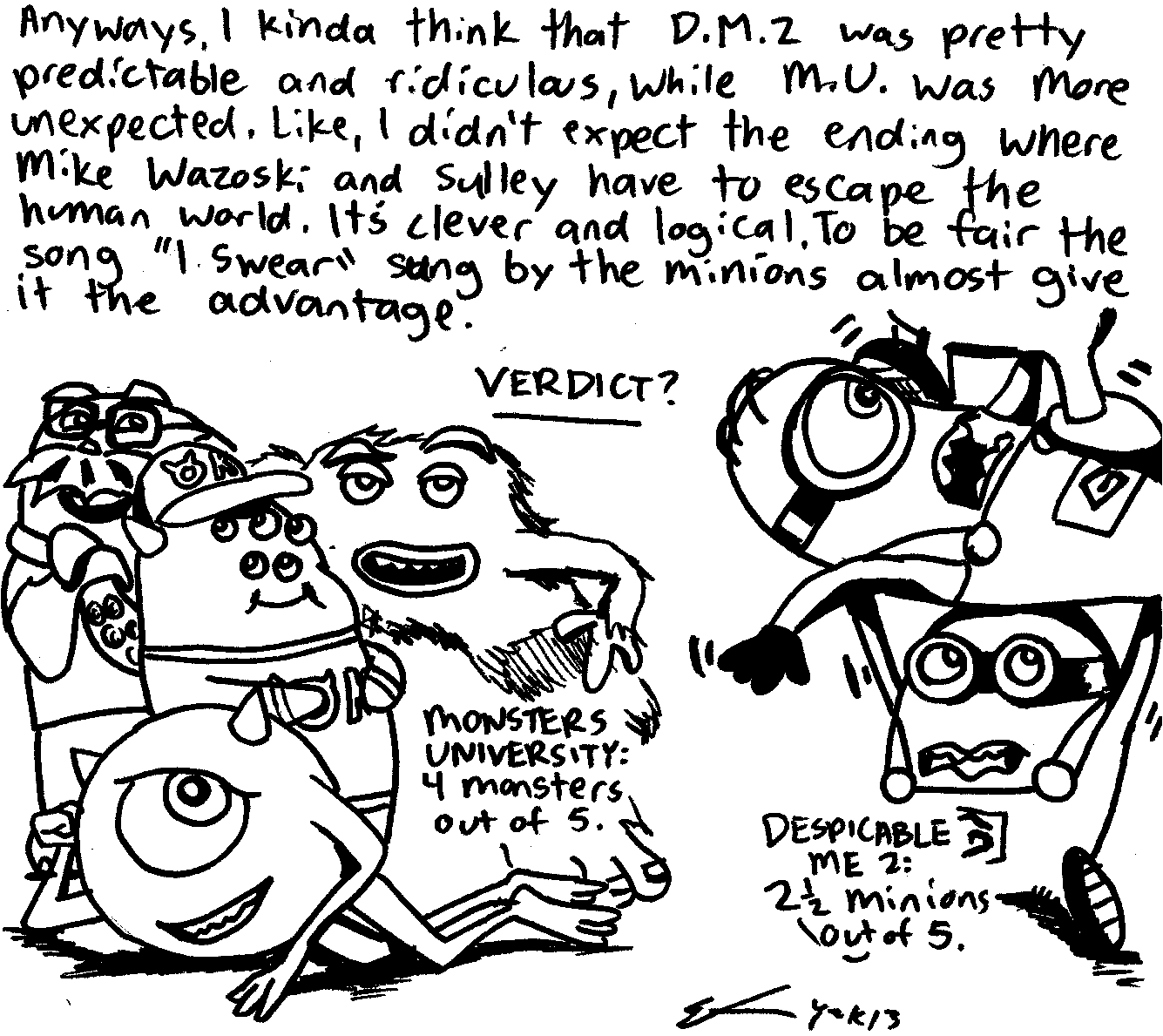 While I really enjoyed both, I felt that "Despicable Me 2" got tiresome when every character acted in an over-the-top zany way.  And so many Minions.... I get that they are cute and all...but there are so many scenes that just went on and on because of Minion antics.

Funny enough, the part where the army of mind controlled minions were climbing on a building to surround Gru reminded me of another summer movie:


I can't be the only one to make that comparison...